There have been plenty of Oscar moments throughout the years, from a streaker, to controversial speeches, and Jack Palance doing push-ups, but last night’s colossal blunder when La La Land was announced as the winner of the Best Picture Academy Award instead of the true winner Moonlight, might just be the biggest moment yet. In fact it overshadows the entire show and it’s all anyone is talking about.

In case you were wondering how everything went down, it all started with Warren Beatty and Faye Dunaway, stars of the 1967 classic film Bonnie and Clyde, who somehow were given the wrong envelope before heading out to the stage to give out the Best Picture Oscar. They were given a duplicate of the Best Actress envelope, an award that had been given out earlier in the night. When it was opened Beatty paused when he saw Emma Stone’s name, and Dunaway, not wanting the show to be delayed, read out La La Land as the winner, ignoring Stone’s name. The producers of the film rushed the stage, started giving out their speeches, when suddenly the mistake was spotted and Moonlight was announced as the real winner. The crowd didn’t know what to do, or even if they should believe it. One of the producers of La La Land took the mic though and said “No, there’s a mistake. Moonlight, you guys won best picture. This is not a joke.” The real celebration began shortly afterwards.  It’s a mess that we certainly haven’t heard the end of, and it’s not only a shame that Moonlight didn’t get the full celebration they deserved, but that the producers of La La Land got to start giving thanks being being told they didn’t win.

Overall the 2017 Academy Awards were a bore. Other than the unfortunate ending, there weren’t really many surprises. Emma Stone was expected to win Best Actress, and she did. Casey Affleck managed to win Best Actor, even though his personal life was starting to overshadow his professional one. Viola Davis finally took home a statue, and gave an emotional speech (although somewhat self indulgent while talking about acting being the only profession that celebrates how to live a life). And Mahershala Ali won his statue, after somehow losing at the Golden Globes.

Jimmy Kimmel was a decent host, but like the rest of the show he was more than a little boring. He of course took a few gabs at President Trump (as did some of the winners), but nothing that really stood out. Even live tweeting at the President during the show wasn’t too funny. His skit involving bringing some surprised tourists into the show ran on way too long, and was kind of awkward at times. And of course he had to bring his ongoing “feud” with Matt Damon, as well as his popular mean tweets into the show as well. Most hosts will bring what they know to the table when hosting a show, but they should come up with at least a few new tricks. Mind you parachuting candy in for the stars was rather amusing.

The Oscars have become a bore, and without their big mistake at the end this year no one would be talking about them today. They’ve tried injecting young blood into the broadcast and they’ve tried controversial hosts, but nothing seems to work. Perhaps they need to look at the show itself, and cut back the length of it, and tighten the programming up. Make it less stuffy, and something people want to watch once again. 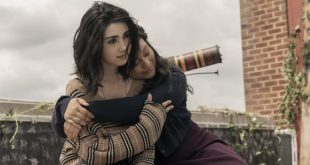 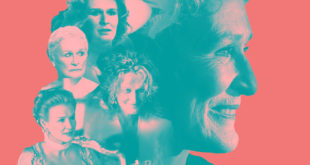 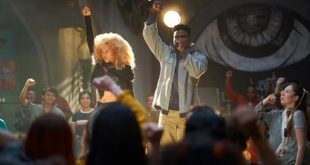