Madonna has been having quite the year so far. First, Variety is reporting that the Material Girl let her contract expire with Interscope Records, rumours are persisting that she’s looking at returning to Warner Music, and and now she’s teasing a return to film.

Madonna has been with Interscope for a decade, and over that time she’s released three albums with them (2012’s MDNA, 2015’s Rebel Heart and 2019’s Madame X) and worked with them on her 2013 world tour. Madonna herself hasn’t confirmed the split, but Variety has stated she let the contract expire. On top of that, The Sun is stating she is looking at returning to Warner Music, where she got her career started back in 1982 under the Sire Records label. Some of Madonna’s biggest hits came under the label, including the albums, Like A Virgin, True Blue and Like a Prayer. Again however, no official word has been given.

Madonna has announced on Instragram however that she’s been writing a screenplay with Oscar-winning writer Diablo Cody. The post is a video of the two women talking to each other. One of the things they are talking about is one of Madonna’s iconic outfits from her Blonde Ambition tour. The caption for the post states “When you’re stuck in a house with multiple injuries what do you do? she asked in the video’s caption. “Write a Screenplay with Diablo Cody about…………..” followed by a bunch of icons. Speculation is that Madonna is working on a biopic of herself, but like the other news, nothing is official just yet. The last film Madonna made was 2011’a W.E., which bombed at the box office and was critically panned. She wrote, produced and directed it. 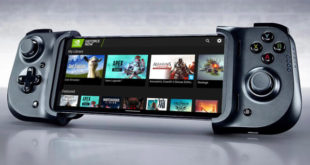