Last year, Microsoft demoed a number of ARM-based system running Windows 10 on a Snapdragon 820 processor. The company promised this new breed of machine would be vastly different from the Windows RT debacle that killed its plans for a separate ARM-derived computer market. This week, the company shared additional details on the upcoming products and their hardware plans. These new ARM systems will run on Snapdragon 835, they’ll emulate x86 instructions to ensure cross-compatibility, and, according to Microsoft, they’ll offer amazing battery life.

“We set a high bar for [our developers], and we’re now beyond that,” Bernard said. “It’s the kind of battery life where I use it on a daily basis. I don’t take my charger with me. I may charge it every couple of days or so. It’s that kind of battery life.”

Bernard added: “I would consider it a game-changer in terms of the way people have experienced PCs in the past.”

Could the battery life be excellent on ARM-based laptops? Absolutely. But there are a few things to keep in mind when considering this question–and good reason to wait for reviews.

First, emulating x86 is going to impose additional power overhead compared with native ARM code. That’s a non-negotiable cost of doing business. Similarly, an ARM CPU almost certainly won’t be intrinsically faster than an equivalent x86 CPU. Again, this is common sense. While it’s true that a modern system can outperform an emulated one, provided the emulator is well-optimized and the newer system is faster than the old one, it’s a harder lift than it used to be.

In the old days, emulating a five year-old CPU meant you were multiple process nodes ahead of it and running at 2x or more of the original CPU’s clock speed. Performance may also vary from one application to another. Good emulators obviously seek to offer consistently robust performance, but that doesn’t mean they always hit the target. It could take a few updates to nail down the corner cases, especially in a market as sprawling as x86. Previous ISA comparisons have found the efficiency of one chip versus another is based much more in design decisions made by the manufacturer than in the intrinsic ISA.

Second, we don’t know what kind of clocks these systems will consistently hold. The clock speeds Qualcomm reports are typically based on the chip’s Turbo clock, not its base clock. The Cortex-A73 is supposed to be far better at maintaining its top clock under load, and a tablet or laptop form factor should offer much better thermals overall, but the A73 also uses two-wide decoder as opposed to the three-wide decoder found in the Cortex-A72. This will impact its overall efficiency in at least some workloads, and we don’t know what the bottlenecks will look like in conventional desktop software.

Apple’s ARM-based CPU cores have made big strides towards matching Intel. But Apple has pursued an entirely different design strategy, with a focus on providing just two high-performance cores, while companies like Samsung and Qualcomm pursue designs with a larger number of relatively weaker cores.

This won’t strictly be a comparison based on CPU clocks, either. Cache efficiency will be critical to any emulation effort, as will memory bandwidth efficiency. Historically, this was one area where the old Atom chips used to pound ARM pretty badly–the old Clover Trail or Medfield-derived Atom chips (based on the original Bonnell architecture from 2008) often outperformed their ARM counterparts of the day in tests that were cache or memory-bandwidth sensitive. It’ll be interesting to see how these metrics shake out today, after both companies have been through multiple iterations of products.

Third, other component choices will absolutely impact how ARM and x86 compare with each other in the final analysis. While CPUs were once the primary driver of mobile power consumption, repeated idle power optimization and lower base clock speeds have made that much less common. Displays, particularly high-DPI displays at high brightness, can eat more power than CPUs do. If these Snapdragon 835 devices focus on lower power envelopes at lower resolutions, they could win on that basis alone. Obviously that’s still a potential victory for the end user, but it’s also an example of how different component choices can shift outcomes for reasons that have nothing to do with the ARM vs x86 matchup.

The best case for ARM-based laptops would be a recreation of the huge battery life gains and low prices that made Atom netbooks so popular nearly a decade ago. These systems weren’t fast–even the best of them offered a fraction of mainstream PC performance–but 5-7 hours of battery life was leagues better than what laptops of the day offered, and they exploded in popularity on that basis. And to be clear, I’m open to the idea that Microsoft and Qualcomm pulled off a miracle and built a laptop with higher performance and better battery life than what you can get from an Intel (or possibly AMD in the future) laptop at a given price point or TDP. But these are the potential weak points in such an announcement, and the complexities that could determine which way performance breaks. 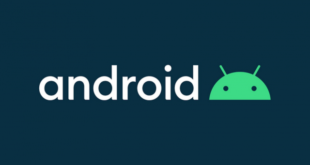 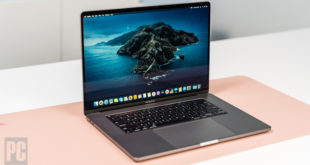 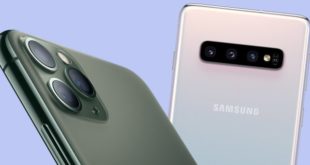 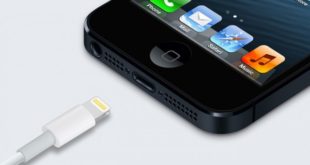