The main feeling that I came away with following my time with Watch Dogs 2 was that of confusion. For some time, many voices in the industry have spoken about how Watch Dogs 2 fixes the issues that plagued the original game – and on the surface, it does just that. But when you dig in a bit more deeply, you start to uncover many of the same problems that cropped up in the first instalment – making the whole feel a little disjointed.

Ubisoft have wisely ditched the one-dimensional, po-faced protagonist Aiden Pearce and have replaced him with a group of young hackers, who have far more personality in just one scene than Pearce managed throughout the entire game. Playing as Marcus Holloway – a Hacker with an unfairly-padded criminal record – you are recruited to the hacker collective DedSec. The group genuinely appear to like each other, and their banter between missions adds a good degree of humour to proceedings – which was sorely lacking in Watch Dogs 1, as Aiden scowled his way through every situation.

Instead of one man against the system, we have a trendy group of pranksters, gathering followers via social media to power their fight against the evil Blume corporation. The jokes are a bit scattergun – with so many snide comments and socially-aware references thrown in that as many miss their target as those which successfully deliver a chuckle, but it does manage to give the experience a personality – one more akin to Saints Row than Grand Theft Auto in its playfulness.

There is a definite sense of fun to missions, but the lingering feeling that these “wacky” characters and “crazy” situations are being shoved down our throat a little too forcefully does temper this somewhat. Making this worse, these so-called social justice warriors don’t think twice about killing corporate security or blowing up cars on an hourly basis. A non-lethal range of gadgets would have been far more fitting for our cast of nerds and outsiders.

There is no protracted opening cinematic or slow tutorial, as players are thrown directly into an infiltration mission which helps set the scene of the wise-cracking hackers fighting against the faceless machine. This sequence doesn’t hold your hand like most tutorials might, but it does introduce you to most of the important sneaking, fighting and hacking actions within the title. Sadly, the same can’t be said of future acquired skills – as you could certainly use more explanation of how to successfully implement most of the upgradeable hacks and gadgets you will obtain as you progress through the game.

The open world presented by Ubisoft Montreal is impressively realised. As a compacted representation of San Francisco, the world manages to hit most of the major landmarks and iconic imagery of the city, without becoming dauntingly large. If you even have a passing familiarity with the city, you can spend hours simply exploring and drinking it in. Not only that, but this world is jam-packed with intriguing things to do – whereas the Chicago we were presented with in the first title was lean and its few side-missions were repetitive and thoroughly boring.

This is both a blessing and a curse in this case, as there is often simply too much happening to comfortably process it all. As you drive through the city, icons are constantly popping up on every street corner – and that isn’t an exaggeration. Drone races, cash bags to grab, research points to collect, Uber-style taxi missions – there is an endless list of side-quests and collectables to occupy your time. This is great from the point of view that there is an interesting range of things to do – letting you pick the activity that you are most in the mood for – but it also adds extra distractions, such as an on-screen mobile phone that takes up near-enough half of the screen when in use. The same is true of news reports, and conversations – all resulting in a bloated and busy HUD, and a whole host of events which stop you getting on with the main story of the title.

It seems like that is exactly how Ubisoft wanted it to be played however. There is no strong narrative thrust pushing you ever onwards. Yes, there is a story, a bad guy, your team of heroes – but the open world design lends itself to a more casual approach to playing. I kept finding myself taking selfies with local landmarks to gain new social media followers (essential to levelling up your skills), even though I wanted to be finding out what happened next in the story. The fact that there are a lot of fun amusements to partake in will either be welcomed or reviled – depending on how you personally like to approach your open world experiences.

So far, so good. But the real issues with Watch Dogs 2 are the fundamentals. Most main missions in the title are presented as infiltration ones, where stealth is obviously the method of choice – even if you are free to approach each situation however you wish. Usually there will be rewards or a smoother ride if you apply stealth – but the game mechanics and enemy AI conspire to make stealth gameplay rather trying. Enemies seem able to hear gunshots from miles away and guards possess Superman-level vision. To make things worse you can’t hide bodies – and the very instant a body is spotted, bullets and grenades start flying no matter whether you were seen by an enemy or not. The AI is overly twitchy, and it makes stealth at best a difficult option, at worst unplayable.

On top of these issues, the general gunplay isn’t satisfying at all, snapping in and out of cover is sticky and awkward, and melee combat is tremendously basic. If you thought that combat was sub-par, driving sections don’t fare any better. Handling is unrealistically light and NPC traffic thoroughly predictable and bland. And don’t get me started on Police car chases – it was a constant bugbear in the original, and remains an issue. Even when one mission equips you with a prototype vehicle with nitro tanks, the Police still manage to match your speed. The only way to escape the seemingly super-charged police cars is to use the traffic hacking tools – but these are too complicated to deftly activate when driving at top speed through a heavily-populated area.

As an open world sandpit to explore and sink your time into, Watch Dogs 2 provides a lot of content and opportunities to have fun. How much fun you can have depends on your capacity for exploration. Things start to fall apart once you are forced to take part in the very structured main missions and the glaring mechanical issues come to the fore. A refurbishment and a lick of paint can work wonders – but if the foundations aren’t solid, then the results won’t be fantastic. Watch Dogs 2 is a massive improvement over its predecessor, but if a stealth game isn’t fun to play in a stealthy way, then you know something isn’t quite right. 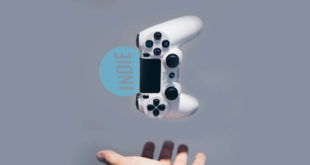