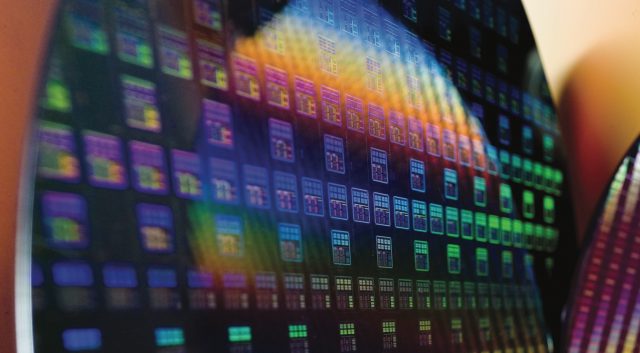 In what is becoming a predictable and somber trend, a new report in Digitimes indicates that prices for almost every type of processor are set to increase in 2022. The culprit is chip-maker TSMC raising wafer prices on its biggest customers. The report lays out the cascading effect this development will have across the industry, as the demand by TSMC for more money for its current and next-gen nodes will then likely result in those companies passing along that additional cost to the consumer. Translation: if you were interested in buying a brand new RTX 4080 GPU or AMD Ryzen 9 6900X CPU later this year, get in touch with your local loan shark now.
According to the report, TSMC has already raised wafer prices between 10 and 20 percent due to the ongoing chip shortage and supply chain imbroglio, and since AMD, Nvidia, and even Intel rely on the Taiwanese company for its current and advanced node technology, they have to pay the piper. One notable omission from the Digitizes article is Apple, which also uses TSMC for all of its custom silicon, which would also include its upcoming M2 chip, and whatever beastly chip it has planned for the Mac Pro.
As an example, it’s previously been reported that although Nvidia used Samsung’s 8nm process for its current crop of Ampere GPUs, it will be switching to TSMC’s 5nm node for its next-gen graphics cards, code-named Ada Lovelace. Nvidia has already made upfront payments to TSMC to secure enough wafer supply for the entirety of its upcoming RTX 40-series GPUs, which should be arriving later this year, according to Tom’s Hardware.
AMD still relies on TSMC for both its older Zen 2 chips and its current Zen 3 CPUs, which are both made on the company’s 7nm node. Plus, it’s also on the hook for TSMC’s 5nm wafers for its next-generation Zen 4 chips, which are scheduled to arrive later this year.  As if that wasn’t enough, TSMC is also responsible for supplying the 7nm chips that power its current RDNA2 6000-series GPUs but it’s unclear if the company will continue to use that process on future chips, or if like Nvidia it will switch to a more advanced node for future products.
For its part, Intel is the least reliant on TSMC among the big chip companies since it has its own fabrication facilities, but its cutting edge technology lags behind TSMC by roughly a generation, so it is still relying on the company for silicon made on more advanced nodes than it can currently offer. As we reported previously, the company was recently in the news because it sent representatives to TSMC to discuss 3nm wafer procurement. Intel needs that process for the GPU portion of its upcoming Meteor Lake CPUs. The trip by Intel executives made news because Apple is reportedly going to be buying a whole lot of 3nm for its future M1-based silicon products, which will power every single Apple device there is (eventually). It’s a lot of sand.
Intel’s 7nm Meteor Lake CPUs feature a chiplet design and are due in 2023. (Image: Cnet)
All of this news points directly in one direction, which is that the situation for DIY PC builders will not be getting better any time soon. Though various industry stalwarts have said the situation might begin to improve in the latter half of 2022, Intel has also previously said the chip shortage will last into 2023, at least. Plus, there’s also no indication that crypto mining will ever go away, at any point, or that the bots and scalpers that have been sucking up all the limited supply of parts will ever decide to stand down, especially when things just keep getting more expensive.
Now Read:
Subscribe Today to get the latest ExtremeTech news delivered right to your inbox.
© 1996-2022 Ziff Davis, LLC. PCMag Digital Group
ExtremeTech is among the federally registered trademarks of Ziff Davis, LLC and may not be used by third parties without explicit permission.
We strongly encourage you to read our updated PRIVACY POLICY and COOKIE POLICY.