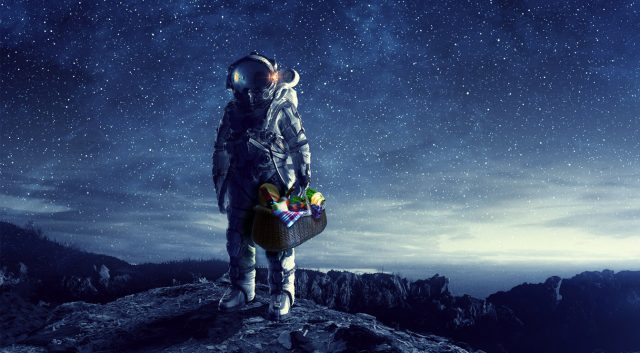 Human space exploration has been limited to low-Earth orbit for decades, but that period of stagnation is coming to an end. NASA aims to return humans to the moon in the coming decade, and the goal is to set up a long-term presence there to help with future missions to Mars. There are rockets, space stations, and other equipment in development, but the food menu is still sparse. To remedy this NASA has announced a new round of the Deep Space Food Challenge, and this round of the competition comes with $1 million in prizes for teams that can come up with innovative foods that can be prepared in space.
To address this, NASA partnered with the Canadian Space Agency (CSA) to launch the Deep Space Food Challenge in 2021. The agency awarded $450,000 total to teams based on concepts for stable, nutritious space foods. Now, NASA is inviting teams from the first round as well as newcomers to participate in phase 2. Teams that participated in phase 1 are automatically invited to phase 2, but everyone else needs to apply before the end of February. In addition, the cash prizes are only available to US-based teams (although anyone can participate). The CSA is running a parallel process with its own judges and prizes for Canadian teams.

Some of the concepts floated in phase 1 included ready-to-eat foods that can be stored for long periods, dehydrated powders that can be processed into foods, and cultured meat cells. It won’t be as simple as pitching something plausible this time. In phase 2, NASA will require proof of concept systems and a sample of the proposed food item to prove that the idea is viable. Nutrition and stability are of chief importance, but that’s no good if the food is so unpalatable that astronauts won’t eat it. NASA will use these technologies as it continues working on the future of space food.
Making a sandwich on Earth is something we take for granted, but the supply chain that delivers all the sandwich components to your kitchen doesn’t exist in space, and that’s not efficient in space. While astronauts have been experimenting with techniques to grow food on the International Space Station, almost everything space adventurers eat will need to be launched along with them. However, many foods don’t travel well, and others lose nutritional value the longer they sit, or produce too much waste. As we venture farther away from Earth, it will be even harder to keep astronauts fed. For example, a crewed mission to Mars would probably require astronauts to spend several years away from Earth — we don’t even know what will happen to astronauts after being away from Earth’s protective cocoon for that long. So, we can’t be taking unnecessary risks with nutrition.
Now Read:
Subscribe Today to get the latest ExtremeTech news delivered right to your inbox.
© 1996-2022 Ziff Davis, LLC. PCMag Digital Group
ExtremeTech is among the federally registered trademarks of Ziff Davis, LLC and may not be used by third parties without explicit permission.
We strongly encourage you to read our updated PRIVACY POLICY and COOKIE POLICY.