How to Stay Fit at Home With Your VR Rig

As stay-at-home orders tighten in many parts of the US and around the world, it’s increasingly challenging for many of us to continue our fitness regimes. For the most part, all multi-player sports have been stopped — especially those involving contact or shared equipment. And for people like me who have a particular favorite sport, tennis in my case, it’s hard to find a substitute. So I decided to dig into what’s possible with VR.

When I polled colleagues at ExtremeTech and friends at Oculus asking for a good way to get a little exercise in VR, they all put Beat Saber at the top of their list. For those who remember DDR (Dance Dance Revolution), it’s similar in principle, except it features your hands and arms instead of your legs and feet. A variety of shapes hurtle towards you while you swipe through some with one of your virtual lightsabers and dodge others, all in time with the beat of the soundtrack.

The game is a lot of fun, even if you’re like me and most of the music isn’t what you’d normally listen to. There is a Green Day add-on pack for us oldsters. Like the other virtual experiences I’m covering in this article, you really need both full tracking and some kind of touch controller to play effectively.

For those who miss dancing the night away, the creators of DDR have published Dance Central, a VR version that leverages touch controllers as the way to mimic moves instead of the original dance pad. I’m not much of a dancer, but it looks like a lot of fun, and reviewers gush about how it gets them moving and provides a workout.

If you have a Vive headset, Arcade Saga is also a lot of fun and can definitely get your blood flowing. It combines a number of games that focus on various swiping, punching, shooting, and dodging skills. I was able to play it at launch several years ago, but don’t have a Vive, so I haven’t used the latest updates. I played it with a long tether, but like just about any VR experience involving standing or moving around, it’d be better wireless.

Forget the Sabers: Use Your Fists to Stay Fit with BoxVR

While Beat Saber is a fun game that helps you get a workout, BoxVR has been written by publisher FitVR specifically as a great way to stay in shape without leaving your home. The basic premise is practicing boxing moves, but they are packaged into various length and intensity workouts created by professional instructors. As a fitness-focused app, it automatically estimates how many calories you’ve burned while working out. That’s a nice addition, since many fitness trackers are better at estimating running and swimming distances than they are calories expended.

Speaking of fitness trackers, my colleague Bill Howard reminded me that wearing one while working from home can be a good way to remind yourself to get up, move around, and get your steps in.

Put It All Together With OhShape

Workout software OhShape combines elements of Beat Saber, BoxVR, and Dance Central into a whole-body workout program. For anyone missing their aerobics classes, you can get a good facsimile of that experience by playing OhShape. Reviewers who are experienced with both Beat Saber and OhShape say that OhShape provides more of a full-body workout. The game has both a No-Fail mode if you just want to get a workout and not worry about your score, and a Small Room mode for those of us with limited space in our play area.

Pistol Whip: An FPS That Will Wear You Out

Traditional gamers may be wondering, what about shooting stuff? That’s where Pistol Whip comes in. You play a John Wick-like character that can whirl, dodge, and mostly shoot their way through the game. The concept sounds amazing, but from watching the demo video, I don’t think it’d be a good idea to play it with a tether unless you are also really adept at blind jump rope. The game does support sitting mode, but of course, you’re not going to burn too many calories that way. One tip from a lot of reviewers is that turning off the aiming assist actually makes it a fairly good test of marksmanship, in addition to being a lot of fun and good exercise.

I was excited to find that there are some impressive-looking VR tennis games. Not surprisingly, though, the best of them require a lot of room to move — which is certainly a big help for staying fit. In particular, First Person Tennis looks great, based on watching the company’s exhibition featuring real-life star Stan Wawrinka and a wireless HTC Vive setup. Unfortunately, the only decent VR headset I have is an original Oculus Rift, complete with 12-foot tether. So I needed to find something a little less lifelike.

Despite having a goofy-looking UI that you’ll either love or hate, SelfieTennis does a decent job of stroke physics and has the advantage of sending the ball back to where you are standing, so I was able to play in my roughly 8-foot by 8-foot cleared space. Further adapting to my limited room, I’ve also started playing Eleven Table Tennis and honing my “ping-pong” skills. It is amazing how much the control system and physics have improved since the early kinematic games for the Wii or original Xbox with Kinect.

When I asked Oculus for some suggestions for this article, they mentioned The Climb — a mountain-climbing simulator, and Facebook Horizon (currently in open beta) as a way to stay social while confined to your home. The Climb looks freakishly real, possibly too real for those of us who suffer from a bit of vertigo. I think I’ll stick to Everest.

The Climb leverages VR to its fullest by putting you on famous rock faces. It looks a little too real for me.

While there are clearly lots of great ways to use your existing VR headset to stay in shape, unfortunately now doesn’t seem like the best time to purchase one. For example, the wireless Oculus Quest doesn’t seem to be available for anything close to its original list price of $399. Amazon sellers are mostly gouging for $600 and up. Oculus itself is out of stock of both the Quest and the Rift S. Vive is selling its Cosmos model starting at $699 for the base model and $899 for the Elite version. The more traditional Vive Pro Starter Kit is also showing in stock directly from Vive for $899. Hopefully, we’ll see more aggressive pricing and broader availability soon. 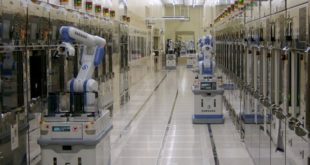 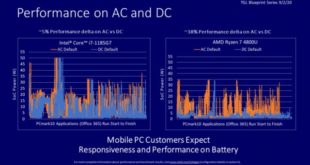 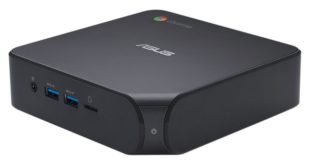 Chromebooks are so plentiful these days they might as well grow on trees. There …