A University of Bern-led study shows that, starting at around 10,850 years ago, inhabitants of the Llanos de Moxos region in northern Bolivia began to create a landscape that ultimately comprised 4,700 artificial ‘forest islands’ within a treeless, seasonally flooded savannah.

The Llanos de Moxos is a savannah of approximately 126,132 km2 (48,700 square miles) located in the Beni Department of Bolivia in southwestern Amazonia.

The landscape is dotted by earthworks, including raised fields, mounds, canals and forest islands.

“The Llanos de Moxos savannah area floods from December to March and is extremely dry from July to October, but the mounds remain above the water level during the rainy season allowing trees to grow on them,” said lead author Dr. Umberto Lombardo from the University of Bern and colleagues.

“The mounds promoted landscape diversity, and show that small-scale communities began to shape the Amazon 8,000 years earlier than previously thought.”

“Our research confirms this part of the Amazon is one of the earliest centers of plant domestication in the world.”

The researchers looked at the forest islands located within the vast savannah for signs of early gardening.

“However, most circular forest islands are in fact artificial and irregular ones are not. There is not a clear pattern,” Dr. Lombardo said.

In fact, there are more than 4,700 artificial forest islands in the Llanos de Moxos savannah, according to the scientists.

“Archaeological evidence for plant domestication is very poorly available, especially in Amazonia where the climate destroys most organic materials. There is no stone in this area because it is an alluvial plain (water deposited) and it is hard to find evidence of early hunter-gatherers,” Dr. Capriles said.

Samples were retrieved from 30 forest islands and archaeological excavations carried out in four of them.

“Archaeologists, geographers, and biologists have argued for many years that southwestern Amazonia was a probable centre of early plant domestication because many important cultivars like manioc, squash, peanuts and some varieties of chili pepper and beans are genetically very close to wild plants living here,” Dr. Lombardo said.

“However, until this recent study, scientist had neither searched for, nor excavated, old archaeological sites in this region that might document the pre-Columbian domestication of these globally important crops.”

“Genetic and archaeological evidence suggests there were at least four areas of the world where humans domesticated plants around 11,000 years ago, two in the Old World and two in the New World. This research helps us to prove South West Amazonia is likely the fifth,” said co-author Professor Jose Iriarte, from the University of Exeter.

“The evidence we have found shows the earliest inhabitants of the area were not just tropical hunter-gatherers, but colonizers who cultivated plants. This opens the door to suggest that they already ate a mixed diet when they arrived in the region.”

“Through an extensive archaeological survey including excavations and after analyzing dozens of radiocarbon dates and phytolith samples, we demonstrated that pre-Columbian peoples adapted to and modified the seasonally flooded savannahs of south-western Amazonia by building thousands of mounds where to settle and by cultivating and even domesticating plants since the beginning of the Holocene,” said co-author Dr. Javier Ruiz-Pérez, from the Pompeu Fabra University.

The research is published in the journal Nature.

Previous Saturn’s Thermosphere
Next Stay Fit With Your VR Rig 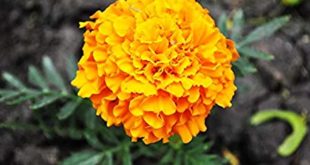 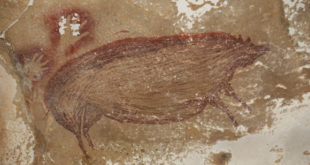 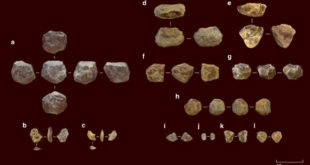 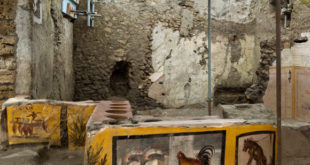 Archaeologists have unearthed a frescoed thermopolium (a hot-food-drink shop) in Pompeii, an ancient Roman city …