Sled Dogs Emerged Over 9,500 Years Ago in Siberia: Study

An international team of researchers has sequenced the genomes of 10 modern sled dogs, an ancient sled dog and an ancient wolf, both from Siberia, and analyzed their genetic relationships with other modern dogs. They’ve found that sled dogs represent an ancient lineage going back at least 9,500 years and that wolves bred with the ancestors of sled dogs as well as American dogs.

Archaeological evidence from eastern Siberia suggests that sled dogs have likely been integral to human life in the Arctic for at least 15,000 years.

Similar to their roles in these regions today, ancient Arctic-adapted dogs were used to pull sleds, facilitating long-distance travel and transportation of resources across the harsh, frozen landscape.

Despite being one of the most unique groups of dogs, little is known about the modern sled dog’s ancient genetic and evolutionary past.

In the new study, Globe Institute scientist Mikkel Sinding and colleagues sequenced the genomes of 10 modern Greenland sled dogs, a 9,500-year-old Siberian dog associated with archaeological evidence for sled technology, and a 33,000-year-old Siberian wolf and compared them to modern dog genomes.

They revealed the ancient Siberian dog as a common ancestor to modern sled dog breeds — particularly Greenland sled dogs, which, due to their isolated populations, can trace more direct genomic ancestry to ancient sled dogs.

“We have extracted DNA from a 9,500-year-old dog from the Siberian island of Zhokhov, which the dog is named after,” Sinding said.

“Based on that DNA we have sequenced the oldest complete dog genome to date, and the results show an extremely early diversification of dogs into types of sledge dogs.”

“This means that modern sledge dogs and Zhokhov had the same common origin in Siberia more than 9,500 years ago,” said Globe Institute researcher Shyam Gopalakrishnan.

While the results indicate gene flow from Siberian Pleistocene wolves, unlike many other dog breeds, the authors found no significant admixture between any sled dog — modern or ancient — and American-Arctic wolves, suggesting a roughly 9,500-year genetic continuity in Arctic dog breeds.

The team also found several convergent adaptations in Arctic dogs, including one that allowed sled dogs to eat the fat-rich and starch poor diets of their human counterparts.

“This emphasizes that sledge dogs and Arctic people have worked and adapted together for more than 9,500 years,” Dr. Gopalakrishnan said.

“We can also see that they have adaptations that are probably linked to improved oxygen uptake, which makes sense in relation to sledding and give the sledding tradition ancient roots.”

“Our results imply that the combination of these dogs with the innovation of sled technology facilitated human subsistence,” the scientists said.

The findings appear in the journal Science.

Previous TikTok for Business
Next Giant Wombat In Australia 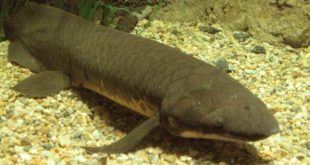 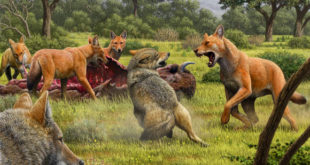 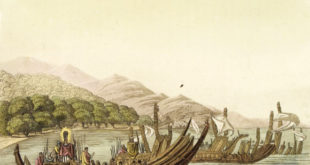 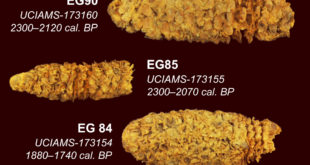