A team of archeologists from China, Uzbekistan, and Germany has found evidence that japonica-like rice was an important food in Central Asia as early as 250 CE.

“Rice has long been the most important food in East and South Asia. It is also a historically important crop in Central Asia, although very little is known about its origins in the region,” said Dr. Guanhan Chen from the Institute of Vertebrate Paleontology and Paleoanthropology at the Chinese Academy of Sciences and colleagues.

“Current evidence shows that the progenitor of Asian rice is Oryza rufipogon, and that it first evolved traits of domestication in the lower Yangtze region of China and spread to surrounding areas by 8,000 years ago. Thereafter, domesticated japonica gradually spread to northern, northwestern, and southwestern China.”

“Despite the cultural significance of rice in Central Asia today, notably as pilof, the national dish of Uzbekistan, there is currently no evidence showing that rice entered Central Asia or West Asia from East Asia thousands of years ago.”

The archaeologists uncovered and analyzed two well-preserved grains of domesticated rice at the archaeological site of Khalchayan in the Surkhan Darya region of southeastern Uzbekistan.

“They morphologically look more like a japonica type, and appear to have been dispersed from southwest China to the Indus River Basin and then to the Amu Darya region through a southern Himalayan route,” the researchers said.

In addition to rice, they uncovered grains of carbonized wheat, two-row barley, peas, flax, lentils, grapes, and other crops.

“These crops formed a diverse agricultural system in Central Asia. The corresponding cuisine may also have adjusted immediately,” they noted.

“The current dietary system of Central Asia based on naan, pilaf, and meat/dairy products began to form around two millennia ago,” the scientists concluded.

“The processes of agricultural globalization and crop exchange between early farming cultures, provided an important foundation for the development and prosperity of early Central Asia peoples.”

The team’s paper was published in the journal Science China: Earth Science. 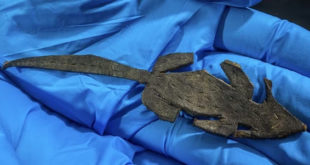 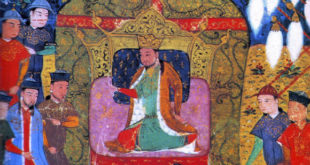 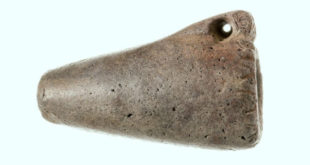 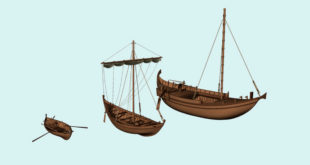