A multinational team of scientists has sequenced the first genome of an individual from the Harappan Civilization. The genome, which belongs to a woman who lived 4,000-5,000 years ago, suggests that modern people in India are likely to be largely descended from people of this ancient civilization. It also offers an insight into how farming began in South Asia, showing that it was not brought by large-scale movement of people from the Fertile Crescent where farming first arose.

An artist’s reconstruction of the gateway and drain at the ancient city of Harappa. Image credit: Chris Sloan.

The Harappan Civilization, also called the Indus Valley Civilization, was spread over northwestern South Asia from 2600 to 1900 BCE.

It was one of the first large-scale urban societies of the ancient world, characterized by systematic town planning, elaborate drainage systems, granaries, and standardization of weights and measures.

The Harappans were cosmopolitan, with multiple cultural groups living together in large regional urban centers like Harappa, Mohenjo-daro, Rakhigarhi, Dholavira, and Ganweriwala.

“The Harappans were one of the earliest civilizations of the ancient world and a major source of Indian culture and traditions, and yet it has been a mystery how they related both to later people as well as to their contemporaries,” said Dr. Vasant Shinde, an archaeologist at Deccan College, Deemed University.

Before now, geneticists were unable to extract viable data from skeletons buried at Harappan archaeological sites because the heat and volatile climate of lowland South Asia have degraded most DNA beyond scientists’ ability to analyze it.

After screening more than 60 skeletal samples from Rakhigarhi, is one of the largest known towns of the Harappan Civilization, Dr. Shindeand colleagues found one with a hint of ancient DNA.

After more than 100 sequencing attempts, they generated enough data to reach meaningful conclusions.

“While each of the individual datasets did not produce enough DNA, pooling them resulted in sufficient genetic data to learn about population history,” said Dr. David Reich, a geneticist at Harvard Medical School, the Broad Institute of MIT and Harvard, and the Howard Hughes Medical Institute.

The ancient woman’s genome matched those of 11 other ancient people who lived in what is now Iran and Turkmenistan at sites known to have exchanged objects with the Harappan Civilization.

All 12 had a distinctive mix of ancestry, including a lineage related to Southeast Asian hunter-gatherers and an Iranian-related lineage specific to South Asia.

Because this mix was different from the majority of people living in Iran and Turkmenistan at that time, the researchers propose that the 11 individuals were migrants, likely from the Harappan Civilization.

None of the 12 had evidence of ancestry from steppe pastoralists, consistent with the model that that group hadn’t arrived yet in South Asia.

“After the decline of the Harappan Civilization between 4,000 and 3,500 years ago, a portion of the group to which these 12 individuals belonged mixed with people coming from the north who had steppe pastoralist ancestry, forming the Ancestral North Indians, one of the two primary ancestral populations of present-day people in India,” the authors said.

“A portion of the original group also mixed with people from peninsular India to form the other primary source population, the Ancestral South Indians.”

“Mixtures of the Ancestral North Indians and Ancestral South Indians — both of whom owe their primary ancestry to people like that of the Harappan individual we sequenced — form the primary ancestry of South Asians today,” said Dr. Nick Patterson, research fellow in genetics at Harvard Medical School and a staff scientist at the Broad Institute of MIT and Harvard.

The findings also offer a surprising insight into how agriculture reached South Asia.

A mainstream view in archaeology has been that people from the Fertile Crescent spread across the Iranian plateau and from there into South Asia, bringing with them a new and transformative economic system. Genetic studies to date seemed to add weight to this theory by showing that Iranian-related ancestry was the single biggest contributor to the ancestry in South Asians.

But this new study shows that the lineage of Iranian-related ancestry in modern South Asians split from ancient Iranian farmers, herders, and hunter-gatherers before they separated from each other — that is, even before the invention of farming in the Fertile Crescent. Thus, farming was either reinvented locally in South Asia or reached it through the cultural transmission of ideas rather than through substantial movement of western Iranian farmers.

“The Harappans built a complex and cosmopolitan ancient civilization, and there was undoubtedly variation in it that we cannot detect by analyzing a single individual,” Dr. Shinde said.

“The insights that emerge from just this single individual demonstrate the enormous promise of ancient DNA studies of South Asia. They make it clear that future studies of much larger numbers of individuals from a variety of archaeological sites and locations have the potential to transform our understanding of the deep history of the subcontinent.”

The results were published online this month in the journal Cell.

Previous Ring Provided a Map of Its Customers to Police
Next Yankees On A Roll With Homeruns. 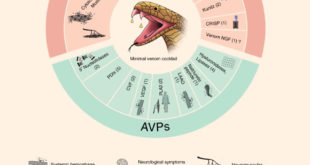 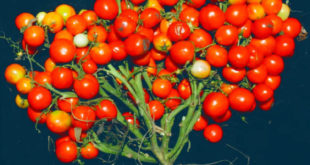 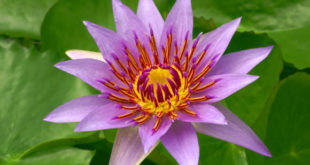 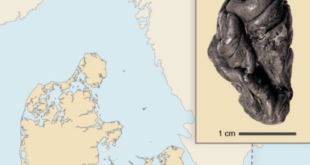 An international team of scientists has successfully sequenced ancient DNA extracted from a 5,700-year-old piece …