Perry’s single credits several songwriters, including Perry herself and Sarah Hudson, and was produced by Dr. Luke, Max Martin and Cirkut. The beat in question during the trial was created by Cirkut. The trial lasted just a week, while the lawsuit itself was filed back in 2014. During the trial, Perry’s lawyers argued that if beats were subject to copyright, all songwriters could be affected and it would have potential implications for musicians down the road. “They’re trying to own basic building blocks of music, the alphabet of music that should be available to everyone,” they stated. Perry did take the stand during the trial, stating she’d never head of Joyful Noise or Flame before, but she wasn’t present during the verdict. Her co-writers claimed the same thing.

Now it’s up to the nine-person jury to determine how much Perry, her co-writers and producers will have to pay out. Perry’s label, Capitol Records, was also found liable.

Dark Horse appeared on Perry’s album Prism, which was released in October of 2013. The song went on to be nominated for a Grammy, and was part of Perry’s 2015 Super Bowl halftime show.

Judge Judy To End After 25 Seasons 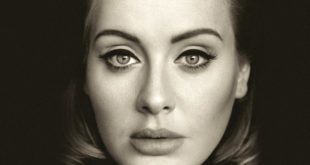 Typical artists announce the arrival of a new album through official channels. Whether it’s by …