An analysis of ceramic lipid residues from rural and urban sites of the Indus Civilization in northwest India provides chemical evidence for milk, meat of animals like pigs, cattle, buffalo, sheep and goat, and possible mixtures of products and/or plant consumption.

An artist’s reconstruction of the gateway and drain at the ancient city of Harappa. Image credit: Chris Sloan.

The Indus Civilization was one of the first complex civilizations of the Old World, spread across large parts of modern Pakistan, northwest and western India and Afghanistan.

This region incorporates areas where winter rain or summer monsoonal rain predominate independently, and where they overlap, and Indus settlements were located in diverse habitats and environmental contexts.

Between 2600-1900 BCE, five Indus Civilization settlements developed into sizable cities, with a range of other medium-sized urban settlements, small settlements with specialized craft production and fortifications, and rural settlements.

Indus cities had multiple walled areas and segregated spaces, as well as large public structures. The urban period is best known for its iconic material cultural such as beads, bangles, standardized weights, and stamp steatite seals.

Extensive exchange networks existed across the Indus Civilization, which saw the movement of such iconic items as well as grinding stones, and possibly foodstuffs. It has also been suggested that food supply to cities was derived from rural hinterlands.

The presence of highly valued material in small, likely rural settlements, suggests that long-distance networks of exchange were accessible by various populations and that relationships between settlements was complex; possibly governed by mutual economic dependence rather than overt control of cities over rural hinterlands.

“Our study is the first to investigate absorbed lipid residues in pottery from multiple Indus sites, including the Indus city of Rakhigarhi, as well as other Indus settlements of Farmana and Masudpur I and VII, allowing comparisons to be made across settlements and across time,” said Dr. Akshyeta Suryanarayan, a researcher at the Université Nice Côte d’Azur and the University of Cambridge.

“The identification of specific compounds in the lipid extracts enables the detection of different plant or animal products, such as fatty acids, previously used in the vessels.”

“These analyses enable an understanding of vessel use and what was being cooked in them.”

Extent of Indus settlements in the urban period with cities in black (1a) and study sites in white (1b). Other small- and medium-sized settlements are presented in yellow. Image credit: Suryanarayan et al., doi: 10.1016/j.jas.2020.105291.

However, as one of the first studies in the region there are interpretative challenges.

Some of the results were quite unexpected, for example, the team found a predominance of non-ruminant animal fats, even though the remains of animals like pigs are not found in large quantities in the Indus settlements.

“It is possible that plant products or mixtures of plant and animal products were also used in vessels, creating ambiguous results,” Dr. Suryanarayan said.

“Additionally, despite the high percentages of the remains of domestic ruminant animals found at these sites, there is very limited direct evidence of the use of dairy products in vessels, including in perforated vessels that have been previously suggested to be linked to dairy processing.”

“The products used in vessels across rural and urban Indus sites in northwest India are similar during the Mature Harappan period (c. 2600/2500-1900 BCE),” said Dr. Cameron Petrie, a researcher at the University of Cambridge.

“This suggests that even though urban and rural settlements were distinctive and people living in them used different types of material culture and pottery, they may have shared cooking practices and ways of preparing foodstuffs.”

“There is also evidence that rural settlements in northwest India exhibited a continuity in the ways they cooked or prepared foodstuff from the urban (Mature Harappan) to post-urban (Late Harappan) periods, particularly during a phase of climatic instability after 4,200 years ago, which suggests that daily practices continued at small rural sites over cultural and climatic changes.”

The results were published in the Journal of Archaeological Science. 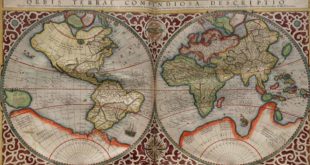 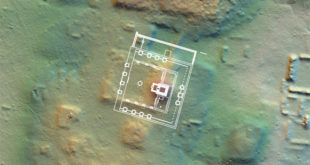 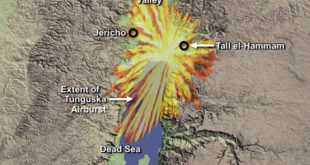 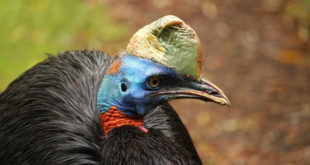