This week marks the dawn of CES 2019, an annual trade convention held in Las Vegas where startups and tech giants alike debut a few of the world’s hottest new devices.

Following on from last year’s most popular trend, voice assistants and artificially intelligent items are expected to take centre stage. Samsung is believed to be preparing to reveal a new variation of its Galaxy House speaker, powered by assistant Bixby.

TV is also a hot topic for this year’s conference, as LG will debut a TV that can roll-up for mobility. A patent revealed over Christmas suggests Samsung may do the exact same, while others go after the world of including 8K viewing technology into everyday homes.

The developer of Softbank’s beloved Pepper robot has actually said he will showcase a new buddy robotic named Lovot, designed to aid its owners emotional health by improving their mood.

HTC is set to make an update to its Vive virtual truth headset, although little has actually been released about it ahead of the event. In general, VR is believed to be taking a back seat while Facebook and Google prepare for occasions later this year.

After the Gatwick Airport turmoil before Christmas, the world’s largest drone-maker DJI has said it will debut a drone created particularly for the emergency services, consisting of a split-screen mode so employees can see real-time video footage in both thermal and regular modes.

And last however not least, we’ll finally get an up close glance at Royole’s mobile phone with a foldable phone screen after it beat Samsung to the punch last year.

Samsung is said to be taking a bit longer to work out the kinks till a launching set for February’s Mobile World Congress occasion, in addition to Chinese giant Huawei and a host of others who have assured the tech in 2019. 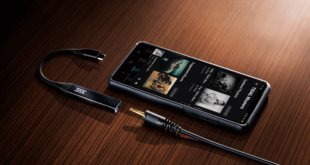