Dire wolves (Canis dirus) are considered to be one of the most common and widespread large carnivores in Pleistocene America, yet relatively little is known about their evolution or extinction. Previous analyses, based on morphology alone, had led scientists to believe that these long-extinct canids were closely related to modern gray wolves (Canis lupus). To reconstruct the evolutionary history of dire wolves, an international team of genetic researchers sequenced five genomes from the fossilized remains dating from 12,900 to more than 50,000 years ago. Their results, published in the journal Nature, indicate that dire wolves were a separate lineage that split from living canids around 5.7 million years ago.

Somewhere in Southwestern North America during the Late Pleistocene, a pack of dire wolves (Canis dirus) are feeding on their bison kill, while a pair of gray wolves (Canis lupus) approach in the hopes of scavenging. One of the dire wolves rushes in to confront the gray wolves, and their confrontation allows a comparison of the bigger, larger-headed and reddish-brown dire wolf with its smaller, gray relative. Image credit: Mauricio Antón / Nature.

Dire wolves were large wolf-like canids — around 68 kg, about 25% heavier than gray wolves — and among the most common extinct large carnivores of the American Late Pleistocene megafauna.

Their remains are present in the North American paleontological record from at least around 250,000 to about 13,000 years ago, at the end of the Pleistocene epoch.

Other canid species that were present in Late Pleistocene North America include the slightly smaller gray wolf, the much smaller coyote (Canis latrans) and the dhole (Cuon alpinus), although dire wolves appear to have been more common overall.

Dire wolves are generally described as a sister species, or even conspecific with, gray wolves.

The leading hypothesis to explain their extinction was that, owing to their larger body size compared with gray wolves and coyotes, dire wolves were more specialized for hunting large prey and were unable to survive the extinction of their megafaunal prey.

“Dire wolves have always been an iconic representation of the last ice age in the Americas and now a pop culture icon thanks to Game of Thrones, but what we know about their evolutionary history has been limited to what we can see from the size and shape of their bones and teeth,” said co-lead author Dr. Angela Perri, a researcher in the Archaeology Department at Durham University.

“Instead of being closely related to other North American canids, like gray wolves and coyotes, we found that dire wolves represent a branch that split off from others millions of years ago, representing the last of a now extinct lineage.”

“The terrifying dire wolf, a legendary symbol of Los Angeles and the La Brea Tar Pits, has earned its place among the many large, unique species that went extinct at the end of the Pleistocene epoch,” said co-author Professor Robert Wayne, a researcher in the Department of Ecology and Evolutionary Biology at the University of California, Los Angeles.

“Dire wolves are sometimes portrayed as mythical creatures — giant wolves prowling bleak frozen landscapes — but reality turns out to be even more interesting,” said co-lead author Dr. Kieren Mitchell, a researcher in the Australian Centre for Ancient DNA at the University of Adelaide.

For the study, the researchers screened 46 sub-fossil specimens of dire wolves for the presence of preserved DNA.

They identified five samples from Idaho, Ohio, Tennessee and Wyoming, dating to between 12,900 and more than 50,000 years ago, that possessed sufficient DNA to obtain both mitochondrial and nuclear genome sequences.

They found no evidence for the flow of genes between dire wolves and either North American gray wolves or coyotes.

The absence of any genetic transference indicates that dire wolves evolved in isolation from the Ice Age ancestors of these other species.

“We have found the dire wolf is not closely related to the gray wolf,” said co-author Dr. Alice Mouton, a researcher in the Department of Ecology and Evolutionary Biology at the University of California, Los Angeles.

“Further we show that the dire wolf never interbred with the gray wolf. In contrast, gray wolves, African wolves, dogs, coyotes and jackals can and do interbreed.”

“Dire wolves likely diverged from gray wolves more than 5 million years ago, which was a great surprise that this divergence occurred so early. This finding highlights how special and unique the dire wolf was.”

The ancestors of gray wolves and much smaller coyotes evolved in Eurasia and are thought to have moved into North America less than 1.37 million years ago, relatively recently in evolutionary time.

The dire wolf, on the other hand, based on its genetic difference from those species, is now believed to have originated in the Americas.

The authors also suggest the dire wolves’ stark evolutionary divergence from gray wolves places them in an entirely different genus, Aenocyon, as first proposed by paleontologist John Campbell Merriam over 100 years ago.

“When we first started this study, we thought that dire wolves were just beefed-up gray wolves, so we were surprised to learn how extremely genetically different they were, so much so that they likely could not have interbred,” said senior author Professor Laurent Frantz, a researcher in the School of Biological and Chemical Sciences at Queen Mary University of London and the Department of Veterinary Sciences at Ludwig Maximilian University.

“This must mean that dire wolves were isolated in North America for a very long time to become so genetically distinct.” 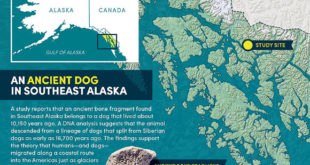 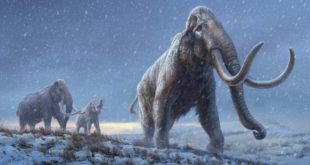 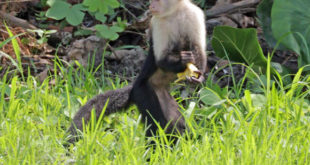 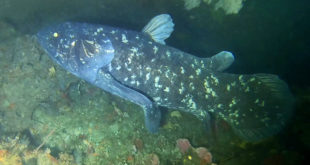 The primitive-looking coelacanth has long been regarded as a ‘living fossil,’ with extant specimens looking …