The discovery of the Dead Sea Scrolls had an incomparable impact on the historical understanding of Judaism and Christianity. ‘Piecing together’ scroll fragments is like solving jigsaw puzzles with an unknown number of missing parts. Because most of the 2,000-year-old scrolls were written on processed animal skin, an international team of researchers used DNA sequencing to ‘fingerprint’ fragments based on their genetic signature.

The Dead Sea Scrolls are a corpus of over 25,000 fragments comprising the remains of about 1,000 ancient manuscripts found in various sites in the Judean Desert mostly between 1947 and the 1960s.

The largest collection comes from 11 caves in the vicinity of Qumran, along the northwest shore of the Dead Sea. Additional scrolls were found in Masada, Nahal Hever, Nahal Se’elim, Wadi Murabba’at, and a few other sites.

“The discovery of the 2,000-year-old Dead Sea Scrolls is one of the most important archaeological discoveries ever made,” said senior co-author Professor Oded Rechavi, a researcher in the Department of Neurobiology in the George Wise Faculty of Life Sciences at Tel Aviv University.

“However, it poses two major challenges: first, most of them were not found intact but rather disintegrated into thousands of fragments, which had to be sorted and pieced together, with no prior knowledge on how many pieces have been lost forever, or how the original text should read.”

“Depending on the classification of each fragment, the interpretation of any given text could change dramatically.”

“The second challenge is that most of the scrolls were acquired not directly from eleven Qumran caves near the Dead Sea but through antiquity dealers. As a result, it’s not clear where many of the fragments came from in the first place, making it that much more difficult to put them together and into their proper historical context.”

To advance the classification of the scrolls and scroll fragments, Professor Rechavi and colleagues sampled and analyzed tiny fragments from Dead Sea Scrolls discovered at various sites.

From each piece, they extracted ancient DNA of the animals that were used to make the parchments.

Then, using a forensic-like analysis, they worked to establish the relationship between the pieces based on that DNA evidence and on scrutiny of the language within the texts under investigation.

The DNA sequences revealed that the parchments were mostly made from sheep, which wasn’t known.

The researchers then reasoned that pieces made from the skin of the same sheep must be related, and that scrolls from closely related sheep were more likely to fit together than those from more different sheep or other species.

The researchers stumbled onto an interesting case in which two pieces thought to belong together were in fact made from different animals — sheep and cow. It suggested they don’t belong together at all.

The most notable example came from scrolls that comprise different copies of the Biblical, Prophetic Book of Jeremiah, which are also some of the oldest known scrolls.

“Almost all the scrolls we sampled were found to be made of sheep skin, so most of the effort was invested in the very challenging task of trying to piece together fragments made from the skin of particular sheep, and to separate these from fragments written on skins of different sheep that also share an almost identical genome,” Professor Rechavi said.

“However, two samples were discovered to be made of cowhide, and these happen to belong to two different fragments taken from the Book of Jeremiah. In the past, one of the cow skin-made fragments was thought to belong to the same scroll as another fragment that we found to be made of sheepskin. The mismatch now officially disproves this theory.”

“What’s more, cow husbandry requires grass and water, so it is very likely that cow hide was not processed in the desert but was brought to the Qumran caves from another place. This finding bears crucial significance, because the cowhide fragments came from two different copies of the Book of Jeremiah, reflecting different versions of the book, which stray from the Biblical text as we know it today.”

“Since late antiquity, there has been almost complete uniformity of the Biblical text,” said senior co-author Professor Noam Mizrahi, a researcher in the Department of Biblical Studies in the Lester and Sally Entin Faculty of Humanities at Tel Aviv University.

“A Torah scroll in a synagogue in Kiev would be virtually identical to one in Sydney, down to the letter. By contrast, in Qumran we find in the very same cave different versions of the same book.”

“But, in each case, one must ask: is the textual ‘pluriformity,’ as we call it, yet another peculiar characteristic of the sectarian group whose writings were found in the Qumran caves? Or does it reflect a broader feature, shared by the rest of Jewish society of the period?”

“The ancient DNA proves that two copies of Jeremiah, textually different from each other, were brought from outside the Judean Desert. This fact suggests that the concept of scriptural authority — emanating from the perception of Biblical texts as a record of the Divine Word — was different in this period from that which dominated after the destruction of the Second Temple.”

“In the formative age of classical Judaism and nascent Christianity, the polemic between Jewish sects and movements was focused on the ‘correct’ interpretation of the text, not its wording or exact linguistic form.”

Other highlights include insight into the relationship among different copies of a non-Biblical, liturgical work known as the Songs of the Sabbath Sacrifice, found in both Qumran and Masada.

The analysis shows that the various copies found in different Qumran Caves are closely related genetically, but the Masada copy is distinct.

“What we learn from the scrolls is probably relevant also to what happened in the country at the time,” Professor Mizrahi said.

“As the Songs of the Sabbath Sacrifice foreshadows revolutionary developments in poetic design and religious thinking, this conclusion has implications for the history of Western mysticism and Jewish liturgy.”

The evidence also confirmed that some other fragments of uncertain origin likely came from other places and not from the Qumran caves.

In one case, the DNA evidence suggests a fragment from a copy of the Biblical Book of Isaiah — one of the most popular books in ancient Judea — likely came from another site, which suggests to the scientists the potential existence of an additional place of discovery that still awaits identification.

“Although the DNA evidence adds to understanding, it can only reveal part of the picture and not solve all the mysteries,” Professor Rechavi said.

The findings were published online in the journal Cell. 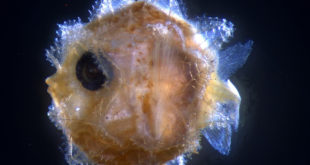 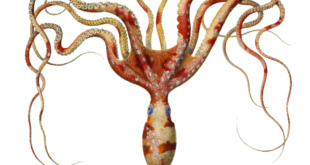 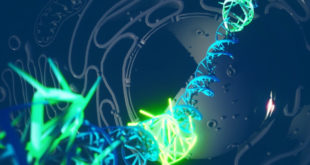 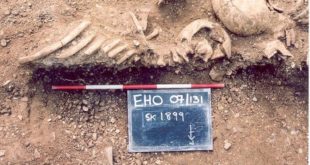