Celebrities Who Don’t Consider Themselves Black

While Rachel Dolezal sticks by her identity as “black”,
despite her Czech, German and Swedish ancestry, plenty of celebrities have trouble
with that label, and aren’t afraid to discuss it publicly, despite social media backlash.

Find out more about the celebrities who don’t consider
themselves black, and decide for yourself if their reluctance has to do with
personal beliefs or with the hope that they’re living in a post-racial world. Here
are a few celebrities who reject the “black”
label altogether.

After growing up on the set of “The Cosby Show”, Raven-Symone
courted controversy when she dropped hints about her sexual orientation, and
only came out in support of gay marriage.

However, in a discussion with Oprah,
she refused to identify as black or gay, explaining that: “I’m tired of being
labeled. I’m an American. I’m not an African-American; I’m an American… I’m a
colorless person.”

With a Dominican father a Pueto Rican mother, Zoe Saldana
took a stand in a BET interview, claiming that “there’s no such thing as people
of color.” The “Guardians of the Galaxy” star is one of the celebrities who
don’t consider themselves black. “I feel like as a race, that’s a minute
problem against the problems we face just as women versus men, in a world
that’s more geared and designed to cater towards the male species,” she
explained.

The biracial actor known for his roles in “The Young and the
Restless” and “Diary of a Mad Black Woman”, also rebelled against the label of “black
actor”.  “I’m very proud to be Black, but
I’m just as much Black as I am white,” he told Indiewire, referring to his mother’s Irish
and French-Canadian ethnic background.

Some celebrities who don’t consider themselves black cite
biracial parents or other ancestors, and that’s exactly Rihanna’s stance. The
singer, born in Barbados to a black Caribbean mother and a biracial Caribbean
father, told Ellen that she was teased by black girls as a child for being
biracial.

The RB singer’s initial reluctance to participate in the Black
Girls Rock! award show was followed by a lot of criticism on Twitter. Keyshia
Cole explained that she hesitated because she wasn’t sure she’s black, then decided
to embrace the label on BET’s “106 Park”, declaring that “I’m biracial, but
it’s OK. I’m Black.”

The rapper was raised by his Jewish Canadian mother, after
she divorced his African-American father when Drake was 5 years old. He’s one
of the celebrities who don’t consider themselves black, and explained that he
cherishes his entire heritage. “I get a lot of love everywhere in the world for
just being diverse, instead of just being straight out [one thing]. I’m all mixed
up and people embrace that,” he told The Village Voice.

Despite the fact that he’s widely considered the most
successful African American professional golfer, Tiger Woods doesn’t
like to be labeled. When he discusses his ethnic background, it’s always
“Cablinasian”, a
term that brings together his Caucasian, Black, American Indian, and
Asian
ancestry.

You might think the Academy Award winner is the first
African-American Miss World entrant in 1986, but she’s actually one of the celebrities
who don’t consider themselves black. With a Caucasian mother and an
African-American father, Berry identifies as biracial.

After winning “The Face”, model Devyn Abdullah caused a
controversy by declaring “I’m not a black girl model,” and adding that she
wants to be an “international” model. She later explained her comment to Clutch
magazine. “All I can say is that I’m sorry if I offended somebody but that’s
not what I meant whatsoever. It’s clear that I’m a black woman,” Abdullah said.

The actor and musician, who’s set to replace Reggie Watts on
IFC’s “Comedy Bang Bang”, is also one of the celebrities who don’t consider
themselves black. Born Scott Ramon Seguro Mescudi, with a black mother and African-American
and Mexican heritage on his father’s side, Cudi identifies as biracial. 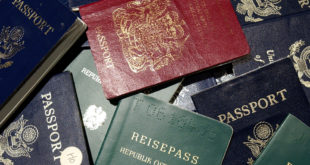 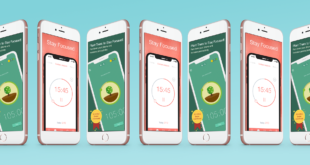 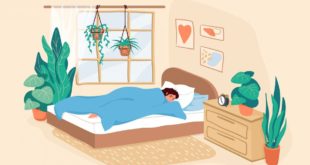 Tips For A Better Night’s Sleep 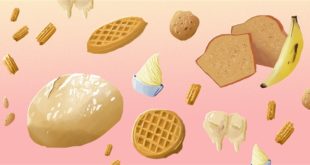 At some point this year, many of us were baking up a storm. Everything from …