Humans have travelled to the moon and uncovered the secrets of the Taos Hum, the Devil’s Kettle, and maybe even the pyramids of Egypt. But there are still plenty of phenomena that science can’t explain yet.

Though scientists may have theories about the following phenomena, no one can say for certain why they occur.

Scientists aren’t sure why people yawn. 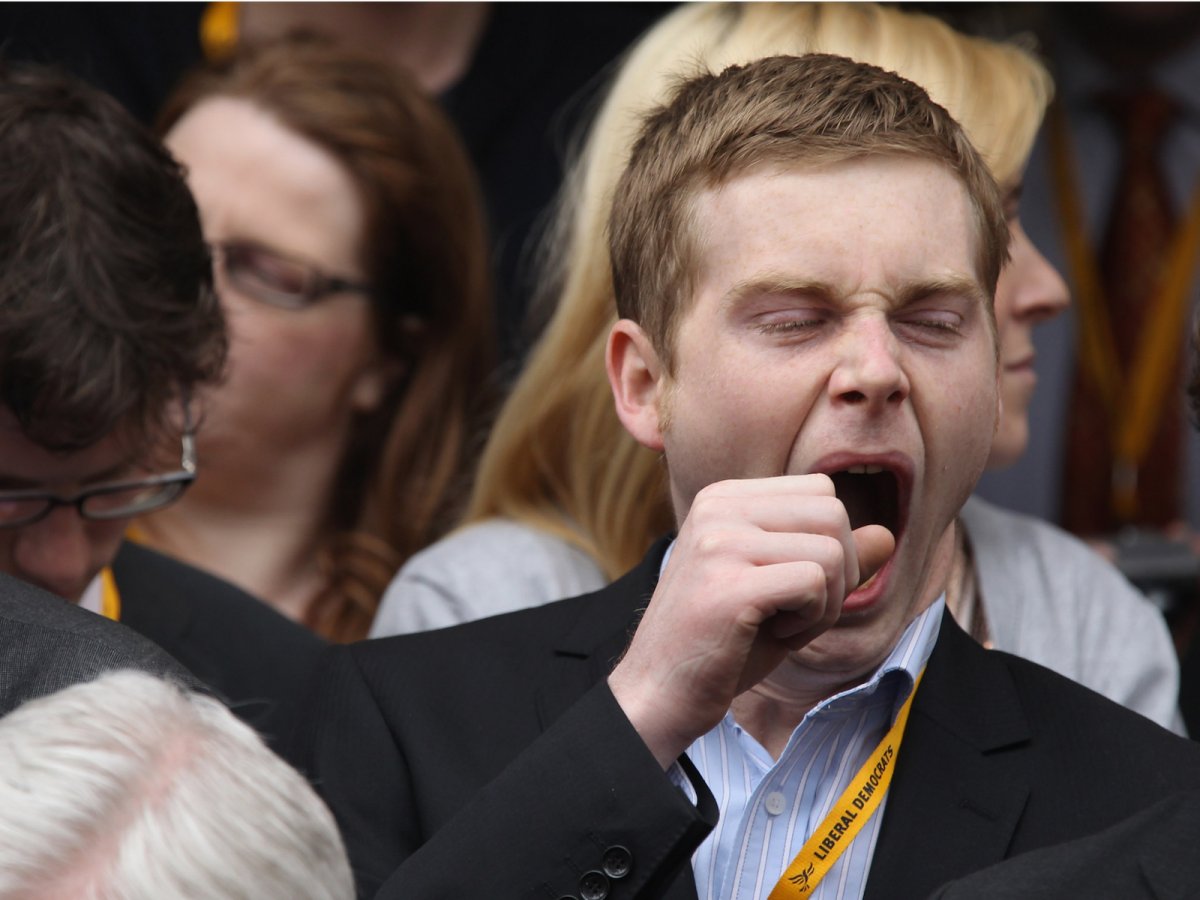 Yawning is something you likely do every day, but, oddly enough, scientists still aren’t sure why.

Recently, the scientific community has moved toward the idea that yawning is a thermoregulatory behaviour that cools down the brain, but its true biological function is still unclear.

What’s more, scientists aren’t entirely sure why it’s contagious among social animals, such as humans. A 2005 study published in Cognitive Brain Research found that the networks in your brain responsible for empathy and social skills are activated when you see someone yawn. Researchers have also observed that chimpanzees can “catch” yawns from humans.

“Copying the facial expressions of others helps us to adopt and understand their current state,” said Matthew Campbell of Yerkes National Primate Research Center at Emory University.

This is why, according to one study, psychopaths aren’t as susceptible to contagious yawning.

This mushroom grows only in Texas and Japan, and scientists can’t explain it. 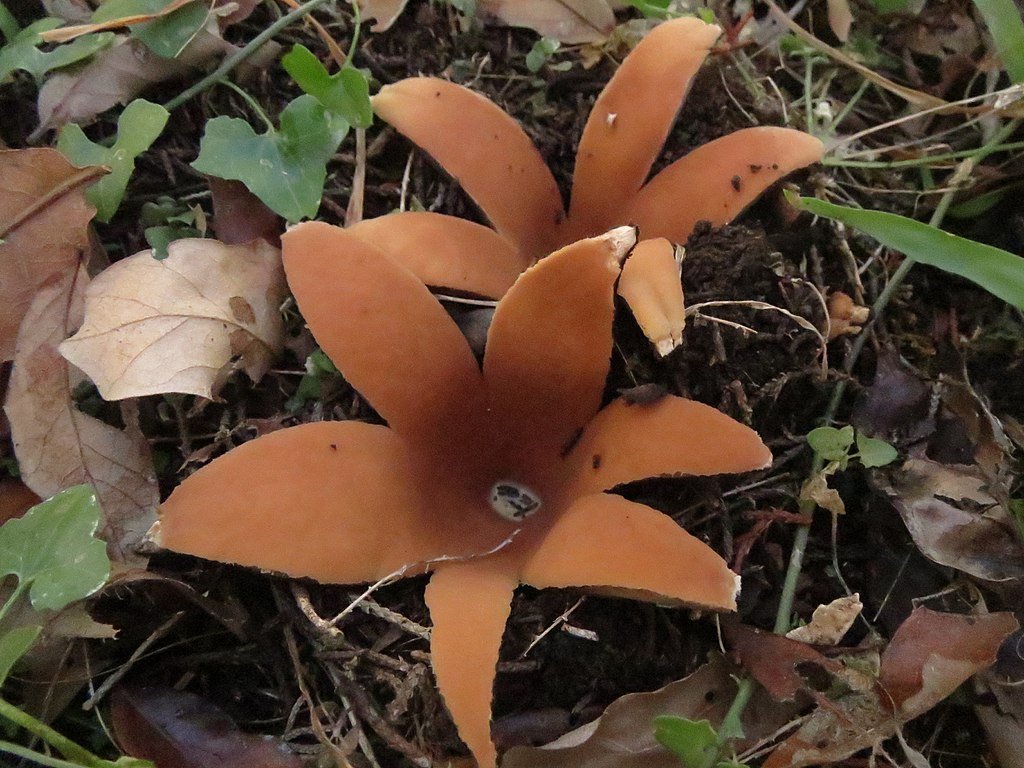 The two locations are on the same latitude, but mycologists have not been able to figure out why these mushrooms grow only in these two spots. A 2004 study of the mushrooms’ DNA, published by Harvard University Herbaria, suggested that the populations were separated into two lineages about 19 million years ago.

In Texas, the mushroom is known as the “devil’s cigar,” since it looks like a cigar before it opens into a star shape.

No one knows why Saturn’s north pole has a swirling, hexagon-shaped storm. 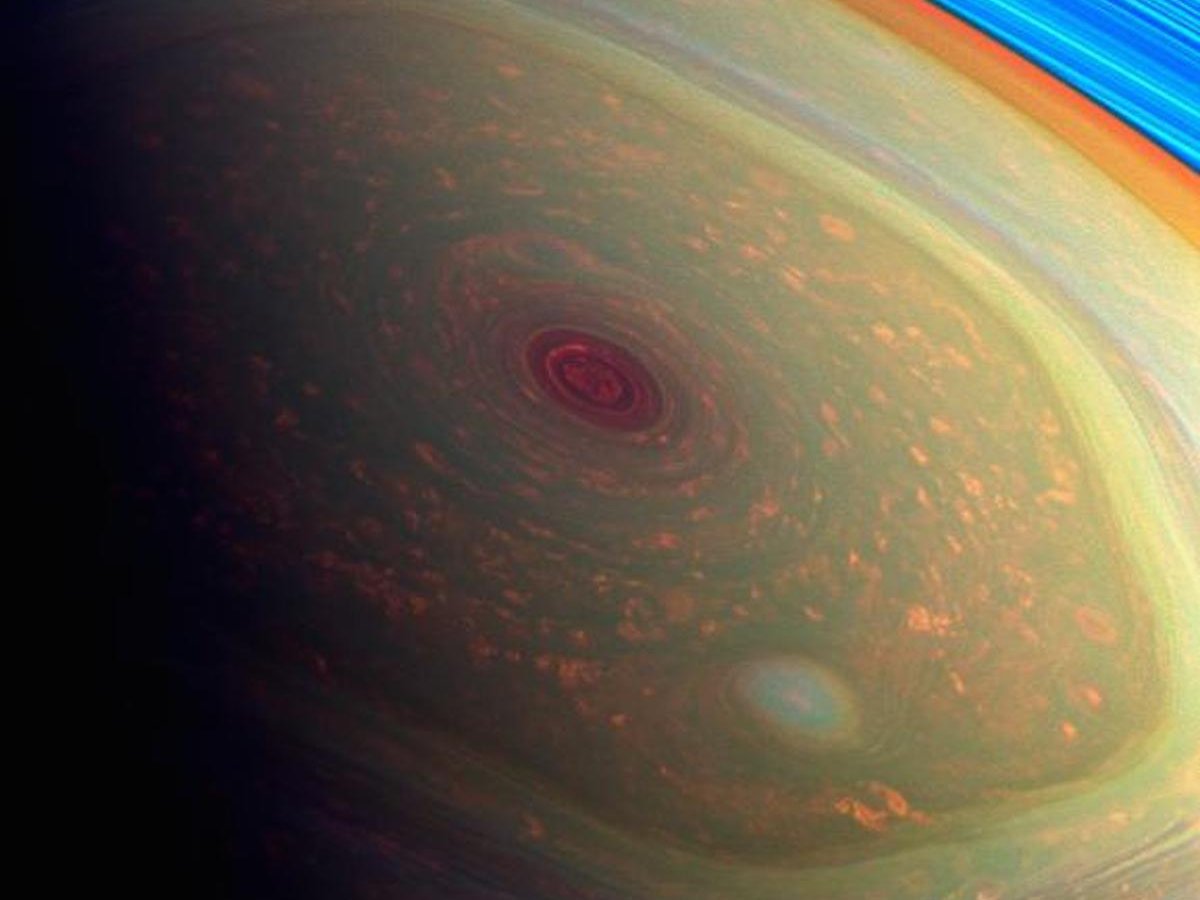 At Saturn’s north pole, there’s a weather system the size of two Earths in the curious shape of a hexagon. The storm was photographed and observed for years by NASA’s Cassini spacecraft, but it remains mysterious.

The only other naturally occurring hexagonal shape scientists have found is in crystals, so they have no idea how Saturn’s storm came to look like this. To make matters more confusing, the storm appears to have changed colour, shifting from turquoise to yellow over just a few years.

Humpback whales have gone from being solitary creatures to living in “super-groups”, a shift marine biologists are still trying to suss out. 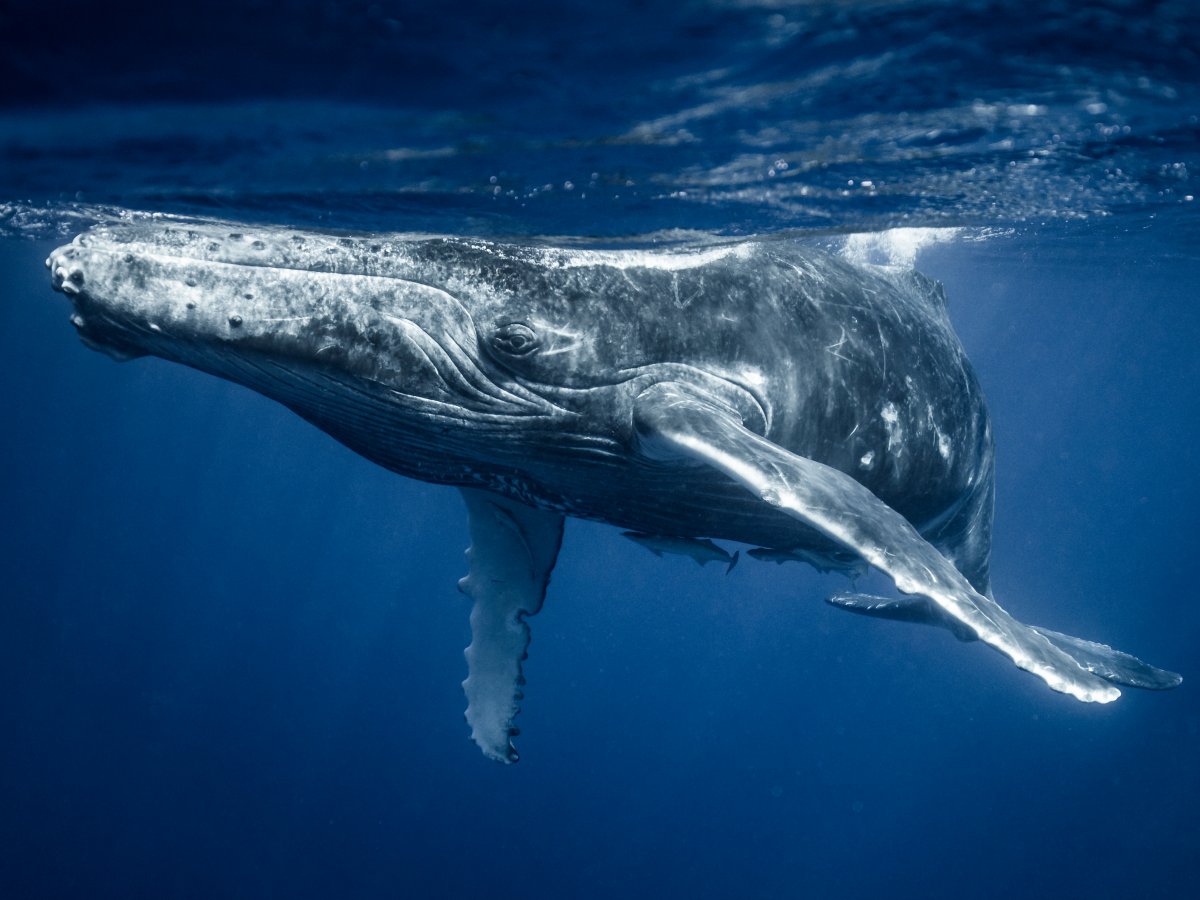 Humpback whales are ordinarily solitary, but they have begun to feed in packs of 20 to 200 off the coast of South Africa over the past several years, according to a 2017 study from the University of Pretoria.

Marine scientists aren’t sure why the nature of this ancient creature has changed, but there has also been a rise in the population of humpbacks, so that may partially explain this change.

“It’s quite unusual to see them in such large groups,” Gisli Vikingsson, head of whale research at the Marine and Freshwater Research Institute in Iceland, told New Scientist.

There’s no explanation for these curved trees in the ‘Dancing Forest’ in Russia. 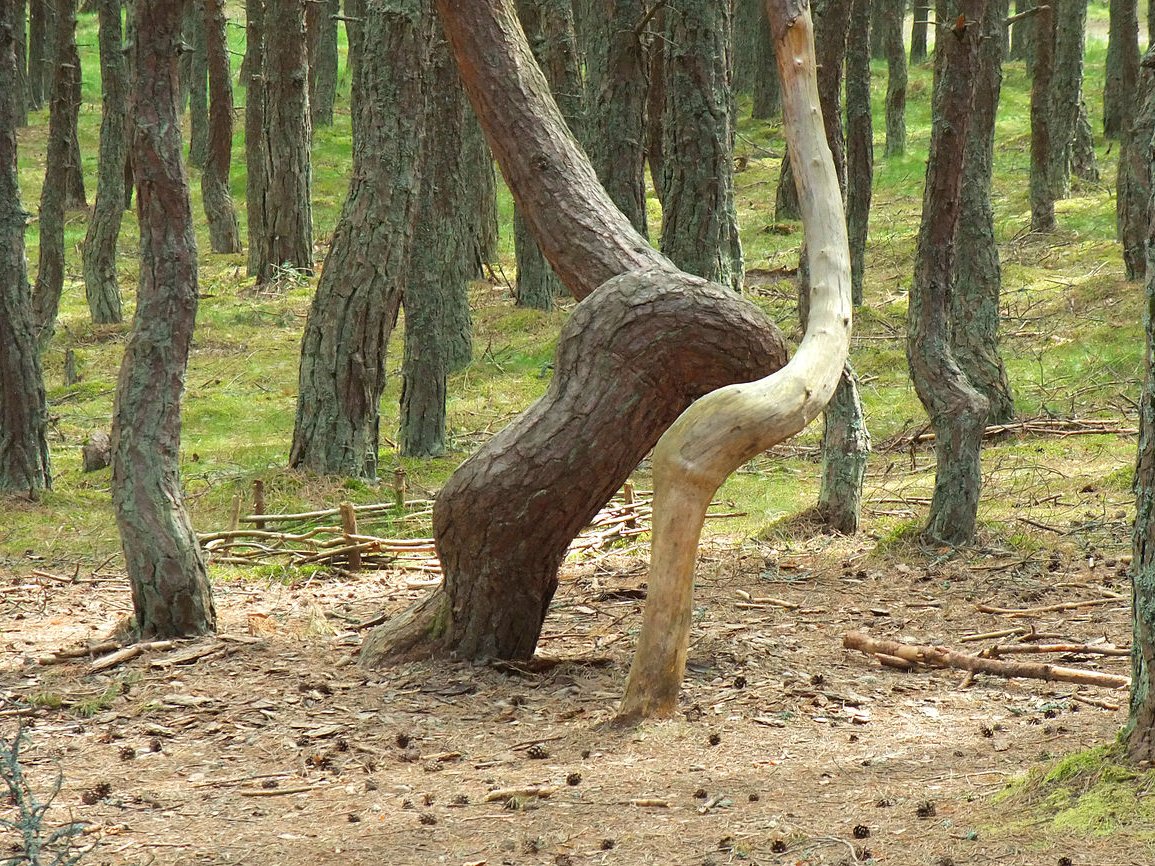 Nicknamed the “Dancing Forest,” this area in Kaliningrad is filled with pine trees that are contorted into spirals, rings, and other configurations.

They were planted in the 1960s and are the only tree species to ever do this. According to Atlas Obscura, some theories include extreme winds, unstable soil, and interference from caterpillars. Some locals call it the “Drunken Forest.”

Dark matter isn’t like regular matter, and we don’t understand much about it. 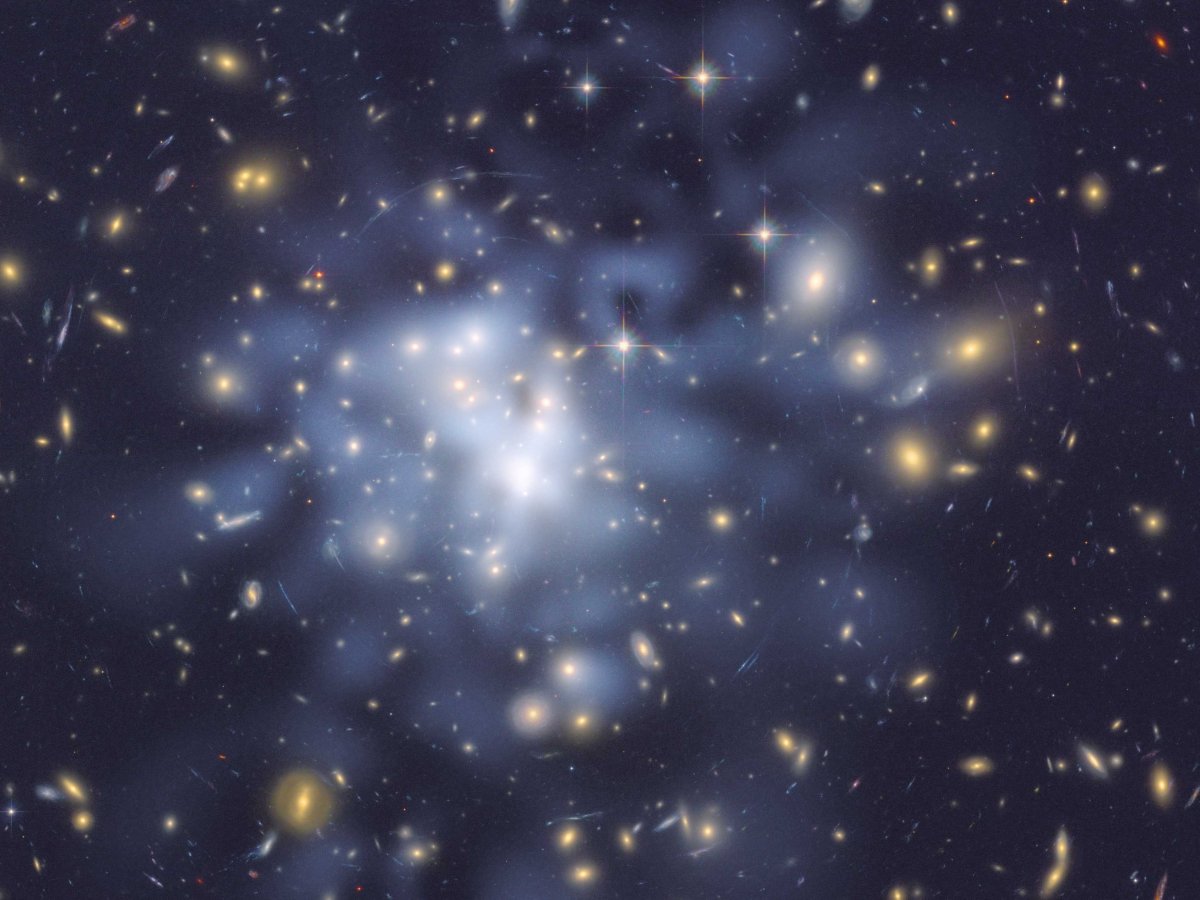 Matter is made of protons, neutrons, and electrons, but dark matter’s makeup is still a mystery.

One theory is that dark matter is made of particles that we simply haven’t detected or identified. A 2016 study suggested dark matter might be made of primordial black holes.

Dark matter doesn’t reflect or emit light, but high concentrations of the substance can bend light, which is how scientists know that it exists.

Assuming our knowledge of the universe and physics is correct, there is more dark matter than matter in existence. Dark matter, in fact, seems to be required for gravitational pulls to be strong enough to create planets and galaxies.

Scientists understand how cats purr, but they’re still not sure why they do. 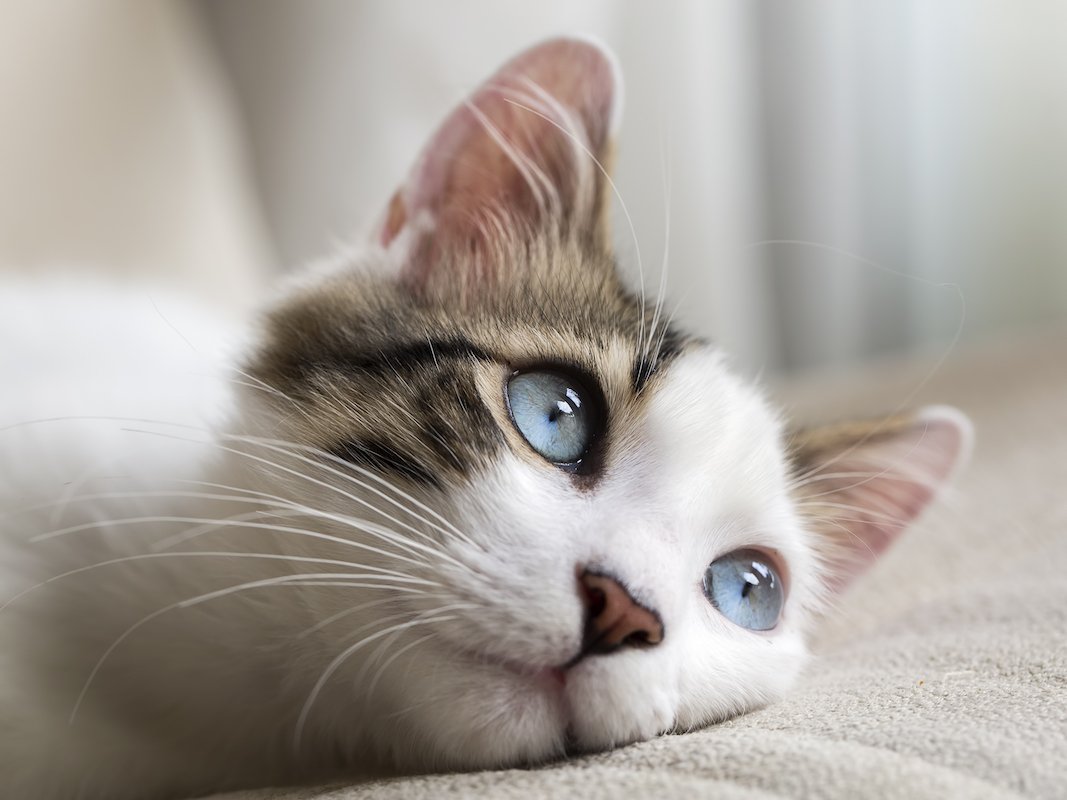 For a long time, cats’ purring mechanisms were an unsolved mystery. According to the BBC, it’s now widely thought that the muscles around the feline larynx constrict, creating a vibration that makes the classic purring sound.

But the reason cats purr at all is still debated. One hypothesis is that purring promotes bone growth because the vibration frequency leads bones to harden in response to the pressure.

“Purrs at a frequency of 25-100Hz correspond with established healing frequencies in therapeutic medicine for humans,” Gary Weitzman, a veterinarian and the CEO of the San Diego Humane Society, told the BBC.

We’re getting hundreds of unintelligible signals from space every second. 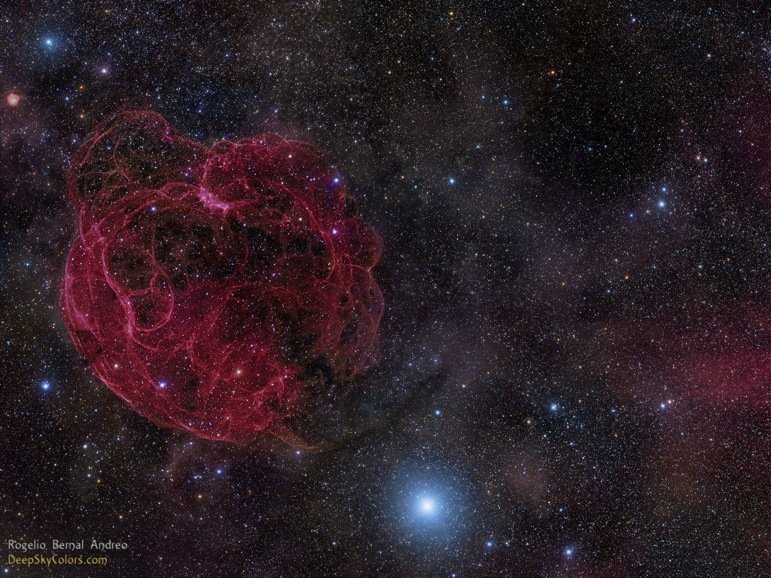 Astronomers believe that one happens almost every second, but only about 30 have been identified.

FRB 121102, which originated outside of our Milky Way, is the only signal that has shown up more than once from the same location. It has been tied to a young neutron star, one of the densest objects in the universe. Studies have also recently shown that FRB 121102 is one of two types of fast radio bursts.

There’s an otherworldly looking crater in Siberia that hasn’t been explained. 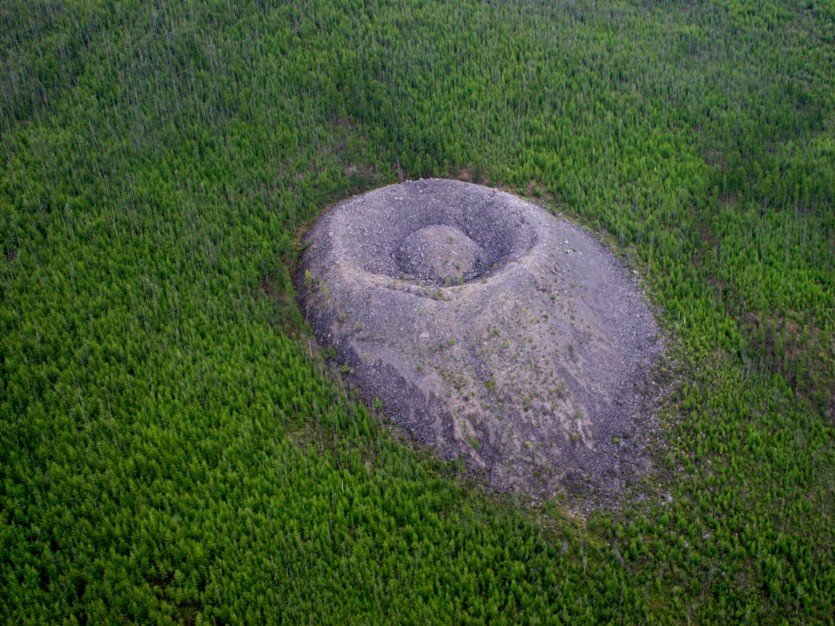 This giant crater, nicknamed “Patom” after a nearby river, is a 520-foot-wide, 139-foot-tall mound of broken limestone.

Some locals, however, call it “Fire Eagle’s Nest” and believe the area is associated with death, given the lack of growth and animals’ unwillingness to go near it.

The crater was first officially reported by the Russian geologist Vadim Kolpakov in 1949, but it was created about 500 years ago. Ideas about its origin include nuclear explosions and spaceships, but Russia Beyond said the most likely theory is a “steam explosion that happened either during magma emplacement into hydrous rocks or due to the faulting and decompression of heated hydrous rocks.”

This article was originally published by Business Insider. 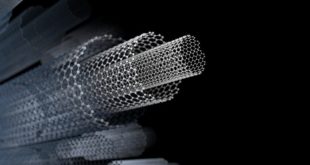 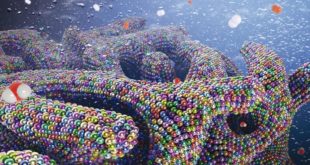