How’s this for mad science: Within the next 15 years, people could elect to have their brains “zapped” to boost creativity in the workplace or classroom.

The process — based on functional MRI studies — is headed up by Adam Green, director of the Georgetown Laboratory for Relational Cognition and president-elect of the Society for the Neuroscience of Creativity. Green’s team looked at blood flow as a measure of brain cell activity when people were doing creative tasks. The process pointed them to one region of the brain in particular (the frontopolar cortex), so they decided to test whether stimulating the area could make creative thinking easier.

“We zap people’s brains in a targeted way based on these fMRI studies,” Green says. The researchers hope to make creative neuroscience more available to the general public down the line.

If you don’t have a brain-stimulation tool and are looking to think outside the box, good news: We’ve got research-backed tips for upping your creativity outside the lab. Here’s how.

One surefire way to boost creative thinking: Try. No, really! “Creativity isn’t made out of a magical fairy part of the brain,” Green says. “It’s essentially using all the same tools that go into doing everything else … but applying those tools in creativity-specific ways.”

Research shows that when people try to think more creatively, they almost always can — and those effects are both significant and repeatable. Green points to an “age-old adage” in neuroscience that “cells that fire together, wire together.” The idea is that the more you use your brain to do something, the stronger the connections between the cells involved become.

But the key to this is dedicating more time in your day to actively thinking, which usually means unplugging from email, social media and more. That’s the way to unlock “the digressive, slow, uncertain parts of ourselves that are key to our creativity,” said Maggie Jackson, author of Distracted: Reclaiming Our Focus in a World of Lost Attention at The Atlantic’s “Humanity + Tech” conference at MIT on Sept. 5, 2018.

Try implementing this idea in your everyday routine by avoiding bringing your phone to bed or to the bathroom. It’s also a good idea to turn off notification settings for social media apps and email. Consider dedicating specific time in your day to thinking creatively — and remind yourself to do so before any brainstorming session.

2. Change up your surroundings — even minimally.

“The best trick I know isn’t very sexy,” Green says. Data support that creativity “nudges” can come from changes as small as a warmer cup of coffee or different colors in the room. Try switching out some of the items on your desk, orienting yourself differently or doing an overhaul of the bulletin board you sit facing. Know that those “nudges” don’t only pertain to your physical surroundings — they’re also connected to your social setting.

Take advantage of opportunities to periodically work in different areas of the office, sit with new colleagues or invite people from different departments to lunch. Although you might not have much control over your work environment, making any possible adjustments could translate to a significant creativity boost.

“You want your physical and social surroundings to change,” says Robert Epstein, senior research psychologist at the American Institute for Behavioral Research and Technology. “If it’s the same old stuff on the walls and your desk — and the same people you’re talking to — that’s not necessarily good for creativity.”

3. Go out on a limb with what you learn.

When was the last time you learned something about medieval architecture? Ancient Egyptian history? Edible herbs in the wild? Now might be the time to take an in-person course or dive down an internet rabbit hole. Research suggests that broadening your knowledge by way of unfamiliar topics fosters new ideas and divergent thinking.

“New ideas come from interconnections among old ideas,” says Epstein, who uses an exercise called “the experts game” to demonstrate this. In it, a few people in a group with extensive knowledge of an obscure topic give five-minute lectures. Then, after learning about topics such as how shoes are constructed or the history of Rolex watches, everyone comes up with at least three ideas for new products or services.

“It is really mind-boggling what people will come up with, and that’s based on 15 minutes of instruction they just received,” Epstein says. You can DIY this approach by asking friends or colleagues in different industries about what they do — or signing up for a course on something completely unfamiliar to you via sites such as Khan Academy, Coursera or Massive Open Online Courses (MOOC).

There’s a good chance it won’t be immediately apparent how what you’re learning could be useful in the future, but the pieces of knowledge you’re collecting should come together naturally when you’re faced with a certain challenge or brainstorming ideas later on. “The more interesting and diverse the pieces, the more interesting the interconnections,” Epstein says.

4. Pay attention to — and record — new ideas that come to you.

As people age, the number of creative ideas that come to them doesn’t necessarily slow, but they tend to capture fewer of them. When an idea — or a small component of an idea — comes to you, start making it a point to preserve it. Jot it down in a smartphone note, write it in a pocket-sized notebook you carry around or sketch it on a napkin. “Capture now, evaluate later,” says Epstein, who says his research has shown over and over again that capturing your new ideas is likely the most valuable aspect of boosting creativity.

5. Challenge yourself in new ways — especially when it comes to overarching issues in your industry.

If you’ve ever tried an “escape room” — a physical adventure game where players complete goals by solving puzzles — your creativity probably spiked. That’s because challenges act as a catalyst for us to think creatively and come up with simultaneous ideas or solutions. For example, if you turn a knob and find out a door is locked, you begin to automatically brainstorm ideas and solutions — jiggling the knob, pounding on the door, trying your luck with a bobby pin.

You can stimulate yourself similarly at work by setting a time limit for a task or taking on an “ultimate challenge” in your industry, Epstein says. Think about the overarching issues and questions in your field (How do I end world hunger in one week? How can I invent a phone that doesn’t require a charger?) and practice brainstorming open-ended solutions. 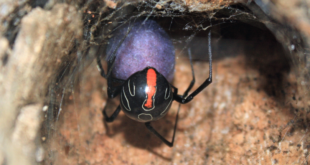