In 2012, facing growing competition from Apple and Google, Microsoft unveiled what it believed would be the next big thing: Windows 8. The team at Microsoft poured millions of dollars into R&D, creating countless innovative features, but ultimately the platform struggled to gain traction with customers. With hundreds of negative reviews calling Windows 8 “needlessly confusing and hard to use,” people questioned whether they should upgrade at all. One publication even referred to Windows 8 as the “epic fail of the decade.”

Windows 8 is a classic study of a brand with an inside-out paradigm. Smart and capable engineers believed they knew what consumers needed, so the product was developed in extreme secrecy. Few people outside the Windows engineering team had any input, and there was little consumer feedback solicited.

At launch, Microsoft spent millions on a global advertising campaign touting Windows 8 as a “no compromise experience.” The reality, however, was that Microsoft tried to pack every possible feature into Windows 8 to be functionally “better” than iOS, Android, and Chrome, rather than listening to and anticipating what their target customers actually wanted. The new features they developed were often based on engineers’ own internal beliefs rather than consumer insight. Microsoft engineers built what they could — not what they should.

This is not an uncommon story in the technology world. Under mounting pressure to continuously innovate and introduce new products faster, many tech companies take an inside-out approach, where future products are developed by engineers in a vacuum.

Steve Jobs was once famously quoted as saying: “People don’t know what they want until you show it to them.” Jobs believed that market research is a useless endeavor. The reality, however, is very few companies can strike lightning with this approach, even if they do create a product that’s better or faster than the competition.

Just look at the numbers: Every year thousands of tech startups and products fail. With rare exceptions, companies that fail to take market dynamics and current and future needs of their customers into account will struggle.

It’s shocking for many outside of tech that so many technology companies largely ignore market and consumer insight when developing products. CMOs and marketing leaders in the consumer-packaged goods or retail space would be surprised to hear this approach existed at all. If there was no clear customer need and opportunity to drive differentiation in the marketplace, why would you develop a product in the first place?

“There’s a belief within technology companies, especially software companies, of ‘We have this awesome product, and the task is just to get dumb people to know how awesome our product is,’” says Lindsay Pederson, brand strategist and author of Forging an Ironclad Brand: A Leader’s Guide. “They’re putting their product on a pedestal, rather than focusing on the customer.”

The most successful companies today understand that every customer is different. Through external research, data, and other market-sensing tactics, they identify their most valuable customers, and based on insights from those target customers, they craft their brand strategy.

Fortunately, Microsoft was able to turn things around with the launch of Windows 10, which one of us (Jeremy) helped lead. The steps we took offer a glimpse into what’s needed for major tech companies to become customer-centric.

“I realized for us to have the success we aspired to and prove the critics wrong, we needed to have a strong grasp of customer and market feedback. We couldn’t do this in secrecy,” said Myerson. “I wanted marketing at the table, because I realized they could partner with my team to develop a compelling product.”

The result was what became known as Windows 10, which became the most quickly adopted version of Windows in Microsoft’s three-decade history. It was the first obvious example of the company’s pivot to a more customer-centric approach under new CEO Satya Nadella. Even Mac lovers were saying they had fallen for PCs again.

So how do tech companies make the shift to define their brand and product strategy from the outside-in? Here are three foundational steps leaders can take:

Innovation needs to be grounded in customer and market insights. You need to have a clear vision of what your target customers need before building and scaling your products. Marketers are trained to convert insight about the market, consumers, and competitors into product strategies that can drive growth. This skill complements the inside-oriented view that engineers provide and can help ensure a market exists before resources are deployed to develop new products.

2. Lead with an “outside-in” perspective.

Turning the corner requires commitment across the organization and investment in an external, customer-led brand strategy. What does a day in the life of your target customer look like? What are their current and future needs? What are their pain points, and how can you help make their lives easier or better? Marketers have an outside-in paradigm and can provide clarity of direction that enhances the likelihood that a new product will find a market.

3. Focus on your target customers, not on all customers

Avoid the temptation to cast a wide net by marketing products and services to every customer segment under the sun. This scattershot approach not only doesn’t work, it creates churn. The most radical growth happens when companies hyper-focus on serving their most valuable customers.

Clearly defining who their target customers are also forces companies to make important choices and prioritizations across the business, from their overarching brand strategy to product development, marketing, pricing and customer support.

Consumer packaged goods and retail companies have long understood the important role consumer insights and marketing plays in shaping brand and product strategy. Marketers often play the P&L role in these firms and lead overall business strategy to drive growth by enhancing the brand’s value to consumers. Among tech firms, even those that claim to be “customer-centric,” the opposite is often true – with products developed based on an internally focused set of assumptions made by the tech-savvy founders or engineers at the company.

To be successful long term, technology industry leaders need to guard against their tendency to put the product on a pedestal. This starts with empowering CMOs and marketing to be able to drive an outside-in strategy across the customer and product lifecycle — keeping target customers at the center of future innovation.

Previous Waste Not: Israeli Company Turns Garbage into Energy!
Next What the Biggest Business Deals of 2019 Tell Us About the Next Decade 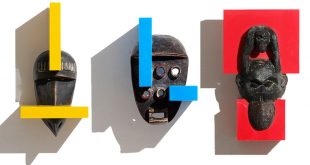