When AMD and Intel jointly announced the Hades Canyon NUC would feature an Intel CPU and AMD GPU with an attached HBM memory pool, curiosity across the user community was high. Unfortunately, the driver situation has turned into rather a muddle.

When Hades Canyon was announced, the idea of AMD and Intel collaborating on anything sounded a bit like the Byzantines and Persians teaming up to fight the Muslims (the Battle of Firaz, 634) or, if you prefer your history a bit less ancient, like the Battle for Itter Castle on May 5, 1945. The latter is the only time in WW2 when American and German military forces fought on the same side in order to defend Itter Castle against an attack from the Waffen-SS.

In both cases, these sudden alliances are remembered as the exceptions to the rule (the Persians and Byzantines had fought a war from 602-628, and I’ll assume everyone is aware we were on the opposite side from Germany from 1939-1945). Unfortunately, that issue is on display as well — because while Kaby Lake-G was much-heralded, it hasn’t been supported all that well.

After a long break from driver updates, Intel announced that AMD would henceforth be handling the driver side of the equation. That was fine, since the graphics hardware and driver stack are clearly coming from AMD in the first place. But we’ve now hit a problem where AMD has also stepped back from providing support, at least temporarily.

THG first noticed this when they attempted to update a Kaby Lake-G system with Windows 10 2004. The WDDM 2.7 driver (20.5.1) and the WHQL driver (20.4.2) both fail to install. THG reached out to AMD and received the following terse reply: “We are working to bring back Radeon graphics driver support to Intel NUC 8 Extreme Mini PCs (previously codenamed Hades Canyon).”

The fact that AMD is working to bring support back is in encouraging because it implies that the product hasn’t been altogether given up on. Less encouraging is the fact that there’s any need to bring support “back” in the first place. Kaby Lake-G was supposed to be provided with five years of driver updates, but we aren’t seeing the kind of support out of AMD or Intel that we’d expect.

Ultimately, providing good support for legacy products is an important way manufacturers build customer trust. The Hades Canyon NUC isn’t going to have a huge impact on AMD or Intel’s bottom line and never did, but customers who bought them took a chance that both companies would work together to provide mutual support. They deserve to get what they paid for, especially if companies want us to evaluate their one-off and unusual partnerships with anything but a gimlet eye. 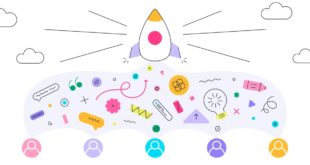