In 2018, scientists working on the European Space Agency’s Mars Express project reported Mars may have a liquid water reservoir under its barren surface. The evidence was interesting but not completely convincing. Now, Mars Express has confirmed the detection of that original underground lake and discovered three more. Naturally, this has scientists excited about the possibility for life.

Mars Express reached the red planet way back in 2003. After entering a stable orbit, Mars Express deployed the Beagle 2 lander, which sadly did not survive to reach the surface. It was rediscovered in 2015, though. Mars Express has gone on to make up for that early failure by reliably studying the planet in the intervening 17 years. The possible discovery of liquid water hiding under the southern polar ice cap is just the capstone for an already stellar mission.

Scientists made this detection using radar data from the orbiting spacecraft’s Mars Advanced Radar for Subsurface and Ionosphere Sounding (MARSIS). This instrument allows researchers on Earth to peer into the layers of material under the frigid surface. The way the signal bounces back denotes what kind of material reflected it. The team detected several areas of very high reflectivity that likely point to lakes more than a kilometer below the polar ice sheet.

The three bodies of water identified so far are spread over about 46,600 square miles (75,000 square kilometers), just a little smaller than the state of New York. The largest of the three lakes is in the middle, measuring roughly 18.6 miles (30 kilometers) across. The other three bodies of water surround that lake, but each is just a few miles wide. The team is confident its conclusions will be more convincing this time around — it incorporates data from 134 observations between 2012 and 2019. The previous announcement only used data from 29 radar passes. It’s up to other teams to verify these observations, but that could take time. A 2021 Chinese mission called Tianwen-1 might be able to confirm or refute the discovery.

We can only guess at the nature of these lakes right now, but the team says it’s likely the water is an extremely salty brine. That would explain how it has remained liquid even at the low temperatures on (and inside) Mars. Liquid water is believed to be necessary for the development of life as we know it, so these lakes will probably be a target of intense research in the future. Determining the salt content of the lakes will be vital in assessing their ability to support life. A high salt environment will kill most plants and animals on Earth, but there are some extremophile organisms that can thrive in up to 30 percent salt content. Maybe Mars is home to alien creatures that evolved to tolerate those salty conditions.

Previous Truffle Found in Congo
Next Scanning for the Ages 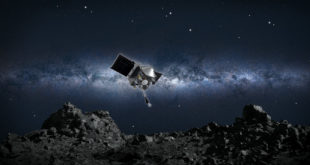 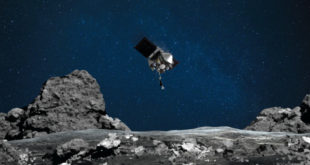 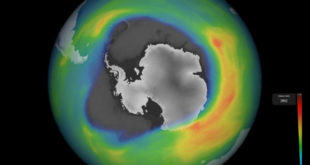 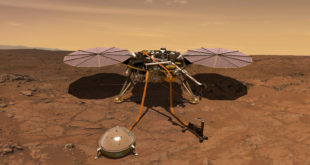