A team of paleontologists from Bulgaria and Germany has found the surprisingly unusual and perfectly preserved millipede in 99-million-year-old amber from Myanmar (formerly Burma).

Millipedes are a highly diverse but also a largely understudied group of arthropods with over 11,000 described species. The actual number of species is estimated to be between 15,000 and 80,000.

The entire Mesozoic Era — an interval of geological time from about 252 to 66 million years ago — is poor in millipede fossils, with less than a dozen species taxonomically described.

The ancient creature, about 8.2 mm long, is encased in amber from the Hukawng Valley, Kachin State, northern Myanmar.

It belongs to Callipodida, a small order of spinneret-carrying millipedes.

“We were so lucky to find this specimen so well preserved in amber,” said lead author Professor Pavel Stoev, a researcher at the National Museum of Natural History, Bulgaria.

“With the next-generation micro-CT and the associated image rendering and processing software, we are now able to reconstruct the whole animal and observe the tiniest morphological traits which are rarely preserved in fossils.”

“This makes us confident that we have successfully compared its morphology with those of the extant millipedes.”

“It came as a great surprise to us that this animal cannot be placed in the current millipede classification. Even though their general appearance have remained unchanged in the last 100 million years, as our planet underwent dramatic changes several times in this period, some morphological traits in Callipodida lineage have evolved significantly.”

Professor Stoev and colleagues had to revise the current millipede classification and introduce a new suborder (Burmanopetalidea) and a new family (Burmanopetalidae).

“The Mesozoic Era has until now only been sampled for a dozen species of millipedes, but new findings from Burmese amber are rapidly changing the picture,” said Natural History Museum London’s Dr. Greg Edgecombe, leading expert in the study of fossil arthropods.

The discovery is described in a paper in the journal ZooKeys. 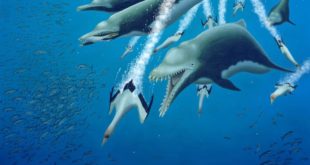 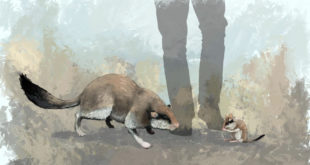 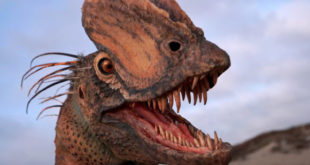 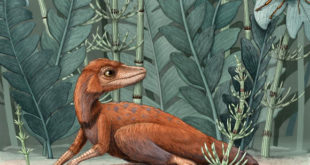