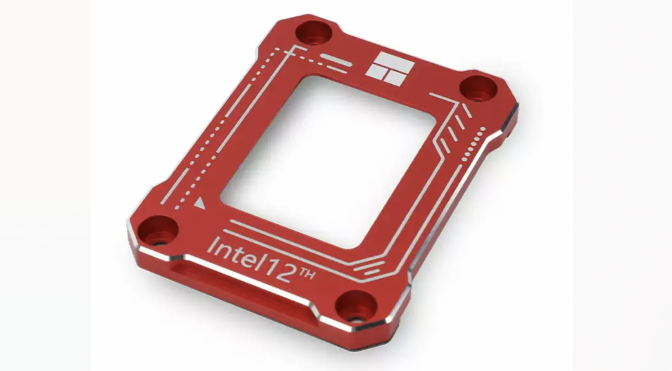 (Photo: Taobao)Over the past month or so there have been reports of Alder Lake customers with bent or warped CPU sockets. Although it’s still not clear if this is happening only on certain boards, it’s legit enough that Intel has confirmed it is happening. No need to worry though, says Intel. Even if your CPU’s heat spreader is warped, or your motherboard is bent, the CPU will still operate within spec. For some, this is not exactly a satisfying “solution,” and now a company has taken the next step by offering an elegant fix. It’s called the Bending Corrector Frame (BCF), though it’s not available in the US, hopefully it will be someday.
Thermalright is the company offering the cool-looking BCF (Thanks Cowcotland). It’s made from CNC machined aluminum and it comes in red or silver. From what we can tell, it replaces the entire retention mechanism on an LGA 1700 motherboard. With it removed you just drop this sucker down onto the socket and screw it into the backplate. This should alleviate the warping issue, which Intel says “is being caused by the mechanical load being placed on the motherboard to make electrical contact between the CPU and the socket.” Intel says even though there might be some warping, it won’t cause the CPU to run out of spec. Unsaid in its statement is that even a very slight warp can cause a gap between the CPU’s heat spreader and the cooler. Although this is what thermal paste is for, it’s not meant to fill gaps, so cooling performance can be reduced.
The Bending Corrector Frame. (Imae: Taobao)
As proof of this situation, Igor’s Lab originally brought this issue to light by adding washers to the LGA 1700 socket. He noticed that Integrated Loading Mechanism (ILM) was placing uneven pressure on the Itegrated Heat Spreader (IHS). This is what sits on top of the CPU die. Over time this resulted in a slightly concave or convex shape, resulting in a tiny gap between the IHS and the cooler. He discovered that by raising the height of the socket 1mm, he was able to reduce the warping he measured in Alder Lake CPUs. By using a set of 1mm washers, he was able to lower full-load temps by 5.76C, which is a decent gain. It’s especially notable as upgrading your expensive cooler might net you that, but this was done with four cheap washers.
Intel has stated it has no plans to change its current socket design. However, it is interesting that the problem now has a 3rd party solution. This seems to point to the fact that enough people are annoyed by it that they’re seeking remedies. According to Videocardz, the BCF only costs $6 USD too, so it’s pretty cheap. Of course, Intel warned its users that attempting to modify your motherboard’s socket might void your warranty. We’re not sure if this falls into that category but removing the ILM probably does. That said, we’ll have to wait and see if more of these types of fixes show up stateside. Perhaps if they do it’ll put pressure on Intel to announce a revision to its socket design.
Now Read:
Subscribe Today to get the latest ExtremeTech news delivered right to your inbox.
© 1996-2022 Ziff Davis, LLC. PCMag Digital Group
ExtremeTech is among the federally registered trademarks of Ziff Davis, LLC and may not be used by third parties without explicit permission.
We strongly encourage you to read our updated PRIVACY POLICY and COOKIE POLICY. 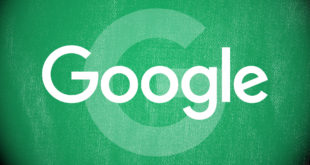