The general idea of a stellar object with such intense gravity that even light cannot escape dates back to the late 18th century. However, it wasn’t until Einstein’s contributions in the early 20th century that we had the necessary theoretical underpinnings to go looking for such an object. Cygnus X-1 caught the attention of scientists because of its X-ray signature. Today, Cygnus X-1 is widely accepted to be the first black hole ever discovered, but we might not know as much about it as we thought.

Scientists have been looking for black holes ever since general relativity predicted such an object could exist. Cygnus X-1 made history in 1964 as the first likely candidate black hole. Astronomers have revisited Cygnus over the years, and a new analysis suggests the first black hole spotted by humanity might be larger and farther away than believed.

Cygnus X-1 is a stellar-mass black hole currently thought to have about 15 times the mass of our sun. It’s orbiting a blue supergiant variable star, the light from which has helped to characterize Cygnus X-1. In 2011, researchers used parallax measurements from different points in Earth’s orbit to pin down the black hole’s location. The team found it was just over 6,000 light-years away. Astrophysicist James Miller-Jones worked on this research, and now he’s back with a new team to refine the numbers.

Miller-Jones and his team used a network of large radio telescope dishes across the US called the Very Long Baseline Array (VLBA) to observe Cygnus X-1. The 2011 research didn’t collect data from the black hole during all parts of its orbit around the supergiant star, and that might affect the distance measurement. The VLBA scanned Cygnus X-1 for 12 hours at a time over the course of six consecutive days. Combining this parallax data with the 2011 numbers, the team has reported a different result. Instead of being 6,070 light-years away, Cygnus X-1 might be 7,240 light-years distant.

So, why does that matter? Many of the characteristics of celestial objects are calculated based on their distance from Earth. If Cygnus X-1 is farther away, that means it’s also larger. The researchers have calculated that at more than 7,000 light-years away, Cygnus X-1 would be about 21 times more massive than the sun, a significant increase over the currently accepted figure.

The new figures for Cygnus X-1 could change how we measure other black holes. This is likely not the most massive stellar-mass black hole in the universe, but we may need to revise estimates of how much mass a dying star loses as it collapses into a singularity. 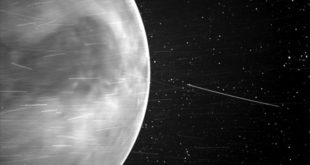 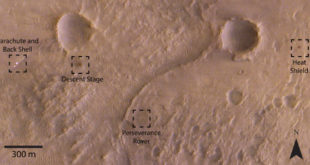 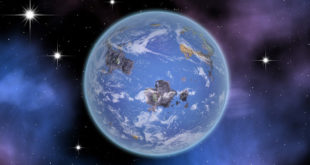 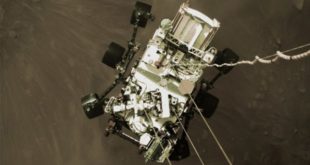 NASA’s Perseverance rover has been on the surface of Mars for several days, giving …