The Basics of Living Off the Grid

Tell people you’re thinking of getting off the grid and they might look at you like that’s the wildest idea they’d ever heard. As a culture, we tend to forget that a lot of the world isn’t even on it. In North America, millions of people are living off grid simply because their homes are too far from municipal water and electricity. Filmmaker and professor Phillip Vannini reminds us that the “whole of Arctic Canada is off the grid,” and that includes not just individual homes, but whole communities.

Living off the grid can mean a lot of different things and doesn’t automatically result in a positive environmental impact. If you’re reading this, though, it’s probably because you want to explore going off the grid as a way to live more sustainably. So let’s talk about what’s involved.

What are the Logistics of Living Off the Grid?

“The grid” really just refers to the electrical infrastructure
that heats, cools and powers conventionally built homes. Increasingly, when
people talk about “the grid,” they’re also talking about water and sewage
networks. If you want to build a self-sufficient home or get your existing home
100% off the grid, you’ll need independent sources for those things.

Most people go in for solar panels or wind turbines. Those fortunate enough to have moving water on their property might consider installing a microhydro system. Many people choose to incorporate a backup generator into their plans. These tend to run on fossil fuels like gas or propane, although it’s also possible to run them on biodiesel.

The most traditional water source is a good well, which
might still be the best option if you have property. Private wells are heavily
regulated and you will need to research your area’s regulations before you
start drilling.

The other option for getting off of a municipal water supply is to harvest rainwater. Options for storing that water will depend on your water needs and the amount of rainfall your area experiences, but typically include above or below-ground cisterns or tanks. With any water system, be prepared to have your water tested and possibly to have to boil it or buy bottles.

Your off-grid home might include a greywater system, which can
collect water used in the kitchen and shower, clean it and pipe it back into
your home to flush the toilets.

Municipal sewage lines are a fairly recent phenomenon and a
vast improvement over past human waste solutions such as a town cesspool or
throwing the contents of bedpans out of city windows and onto the street below.
If you have cash and some space for a drainage field, installing a septic
system might be a good plan. For those with less money and space, composting
toilets have come a long way and there’s always the old standby: the outhouse.

There are several ways to heat and cool your home without
needing to be tied into gas or electrical systems. Many people get by with a
wood stove, fireplace or pellet stove that doubles as a cooking surface. If
you’re planning on building a new home, passive solar construction will help
keep temperatures regulated, especially when paired with geothermal heating.
New builds that are designed to be off grid will use airtight construction to
maximize efficiency so there’s less of a drain on your heating and cooling
systems.

You’ll likely also want some hot water. Options for this
include propane, an electric tankless water heater or solar.

For starters, know that if you want to be 100% independent, you
probably will not be living in a city. Restrictions on sewage disposal and
off-grid energy systems might make it impossible to be fully self-sufficient in
the city you’re in. That’s not to say you couldn’t be partially, or even
mostly, off-grid – it’s just to say that in urban spaces you’ll have to work
within bylaws that will impact what you can and can’t do.

As you’ve no doubt suspected, you will have to make some
lifestyle changes. Some of these changes have to do with larger values and some
are day to day logistics. The extent of these changes will depend entirely on
your home’s set up and the level of hard-core-ness to which you aspire. Let’s
start with the logistics.

In most cases, you will need to minimize your energy use. This could mean running a washing machine at night (or giving up a washing machine altogether). It will likely mean running electric items one at a time, or as off-grid veteran Jean Kiedaisch says, “running around turning off lights in the living room because you’re in the dining room.” You’ll probably have to do away with inessentials, like binge-watching television, or with things you think are essential but actually aren’t. Like binge-watching television. You might have learn to cook on the top of a woodstove and find ways to preserve food that don’t require a refrigerator. Water conservation might become a priority. Think fewer showers, minimizing laundry and letting it mellow, to start.

You’ll also need to learn how your home works. At a most
basic level, you need to know your energy use. Once you’re responsible for your
own energy reserves, it’s up to you to make sure you don’t run low. Most people
who live off-grid say they’ve needed to learn basic mechanics to keep their
energy systems running smoothly. Most people who live off-grid and do their own
repairs also mention that working with few or no power tools has meant they’ve
needed to learn to do many things the old-fashioned way.

One of the things people who go off-grid seem to prize is getting back in touch with the rhythms of nature. Greg Seaman, who’s lived off-grid for decades, notes, “you don’t stay up till midnight reading a novel.” Being in touch also means developing patience for the rhythms of nature, which is hard for those of us who have been socialized to think we should have what we want right now. It might sound inconvenient. But as Vannini says, living off the grid “will force you to re-think the very meanings of comfort and convenience.”

Sign up to receive our top articles, product giveaways and other freebies direct to your inbox! 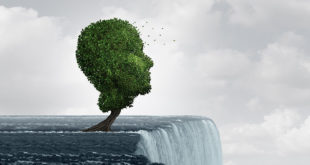 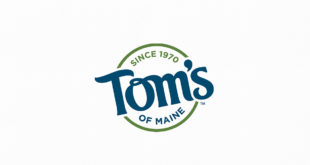 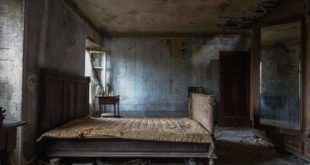 How to Responsibly Dispose of An Old Mattress

No matter how comfortable they are when you first buy them, mattresses always have an …