Last month, SpaceX’s Crew Dragon capsule successfully flew to the International Space Station, as part of an important test of its flight and landing capabilities. This past weekend, while prepping for launch abort tests to be carried out later this summer, the vehicle catastrophically exploded. Luckily, no one was harmed in the incident.

The leaked video below shows the explosion in limited detail:

The vehicle was counting down to ignition of its SuperDraco engines, but we can’t tell if they’d actually started to fire. The goal of these static fire tests was to verify that the capsule was in good working order before beginning to prep for the launch abort tests. Those tests would have confirmed that the SuperDraco engine is powerful enough to push the capsule away from a Falcon 9 rocket during Max-Q, the maximum value of dynamic pressure associated with a body traveling through the atmosphere. SuperDraco is intended to be the third-most powerful engine that SpaceX will eventually manufacture and is specifically intended to be used as part of an emergency ditch system. The Space Shuttle lacked such a system.

BREAKING: #SpaceX Crew Dragon suffered an anomaly during test fire today, according to 45th Space Wing. Smoke could be seen on the beaches.

“On April 20, an anomaly occurred at Cape Canaveral AFS during Dragon 2 static test fire. Anomaly was contained and no injuries.” pic.twitter.com/If5rdeGRXO

The vivid orange plumes are caused by the burnoff of 1-2 tons of nitrogen tetroxide, SuperDraco’s oxidizer.

We don’t know yet what specifically went wrong with the Crew Dragon capsule. In a best-case scenario, the problem will be isolated to ground control systems, not a fault in the Crew Dragon itself. At the very least, however, this explosion will probably delay the flight of a manned Crew Dragon until early in 2020. If the issue is found to be related to the Crew Dragon’s design or fuel system, however, SpaceX may have to design and test a solution extensively before further Crew Dragon flight testing can continue. It will also have to replace this vehicle with a different model for its launch abort tests this summer.

NASA has typically stood strongly by SpaceX in these incidents, and the company’s transparency record about previous accidents is pretty good. Obviously the loss of the spacecraft must be taken seriously, but hopefully, this won’t present a serious barrier to the United States’ return to space aboard a US-built spacecraft. There’s no reason to think SpaceX and NASA can’t come back from this problem and fly the Crew Dragon on a delayed timeline, but the event underscores just how hard space travel actually is. There will always be challenges and risks associated with riding an explosion that’s controlled just enough to throw you into orbit without turning you into the organic paste version of one of Saturn’s rings. 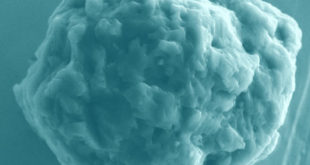 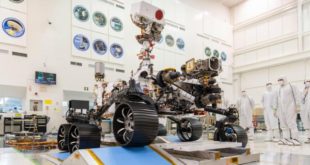 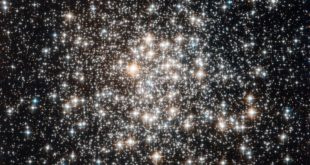 Astronomers are currently wrestling with something of a mystery. In 2016, a team of …