Social Security 2018: The Social Security Administration announced this week the biggest Cost of Benefit Living Adjustment (COLA) increase of the last five years.  However, many retirees say that it is just not enough.

The Social Security 2018 increase is big, but definitely NOT that big.
Recipients will receive a whopping… big… massive… 2% increase.  Okay… the truth is that recipients are receiving a very modest 2% increase.  The 2% increase translates to a mere $25 monthly bump for the average beneficiary.

Is the Social Security 2018 Increase Enough?

You are probably saying: “What? Ugh! Haven’t prices gone up more than that?  Much more?

Gary Koenig, vice president of financial security at AARP told the Washington Post: “If you polled seniors, 10 out of 10 would say the COLA is not keeping up with their costs.”

And, not keeping up with monthly costs has short term as well as long term consequences.  Mary Johnson of the Senior Citizens League worries that these small increases are problematic: “It’s squeezing them. It’s causing them to dip into savings more quickly. The lifetime income that they were counting on just isn’t there.”

And, year after year of small increases has a cumulative effect.  In fact, each inadequate increase impacts a retiree’s income for the rest of their lives.

On the Plus Side, It’s a Bigger Increase than Others in Recent History

The average Social Security increase over the last 10 years has been just over 1%.  So, 2% is literally twice as good.

However, it is significantly below the 3% average that was seen in the 2000s and before.

On the  Downside, there is a Flaw with How COLA Increases Are Calculated

In 1973 legislation was passed that dictated that Social Security benefits would keep place with inflation.  The Social Security Act specifies that COLAs are determined based on increases (decreases are not used) in the Consumer Price Index for Urban Wage Earners and Clerical Workers (CPI-W).

As it says in the name, the CPI-W measures the increases in costs of the types of things that urban workers typically buy and in what proportion.  The problem with using this measure for Social Security is that retired seniors spend money quite differently than most workers.  Most notably, seniors spend quite a bit more on healthcare than the general population.

How to Make Sure You Have Sufficient Retirement Income

Social Security is only designed to replace part of your retirement income.  It is almost (but not quite) impossible to live on Social Security alone.

Here are 4 things you should do to make sure you have sufficient retirement income, regardless of Social Security 2018 increases:

1. Calculate All Sources of Retirement Income: You will want to think about how you will be withdrawing and/or earning from savings and whether or not you have a pension or a retirement job.

2. Estimate Your Retirement Expenses: How will your spending change over the course of retirement?

3. Assess Inflation: Ronald Reagan is quoted as saying that, “Inflation is as violent as a mugger, as frightening as an armed robber and as deadly as a hit man.”  And, it is true.  Inflation will make whatever money you have be worth less.  That is one of the reasons why predicting and calculating inflation correctly is so important for your future financial security.

4. Protect Yourself from Other Risks: Inflation is not the only unknown that could devastate your retirement finances.  You also need to plan for a long life, a healthcare emergency, natural disasters and more.

Sound complicated?  It does not need to be.

The NewRetirement retirement planning calculator is an easy to use but super detailed tool that will tell you if you have sufficient retirement income.  You can set different levels of spending and income for different phases of retirement.

You can even set your own estimated inflation rates — one for general spending, another for housing and medical costs can be specified separately. Try different rates for each category and see how much it impacts your retirement financial health.

END_OF_DOCUMENT_TOKEN_TO_BE_REPLACED

Feel Free In RetirementWelcome Back %greeting%!

Retirement Calculator: Get On Track Now
Login to the NewRetirement Planner.
Try a new scenario. Make updates. Assess the status of your future.

Send this to a friend 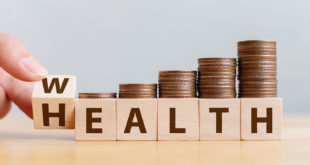 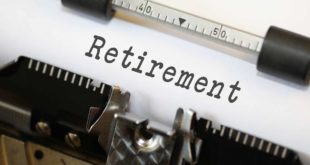 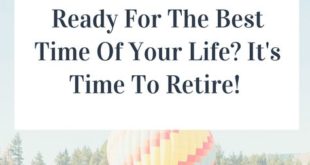 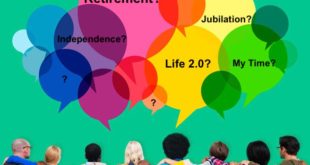 I think we can all agree. We desperately need another word for retirement. Retirement is …