One of the major trends in phone design across both Android and iOS has been the concerted push towards larger devices. Apple has actually moved less aggressively towards phablets than much of the Android market, but the iPhone 6 moved to a 4.7-inch display, while the iPhone 6 Plus has a 5.5-inch display. With the new iPhone SE, Apple is killing two birds with one stone: The iPhone SE is both cheaper than other iOS-based smartphones and built for people who prefer smaller-screen devices that fit easily in the palm of your hand.

Visually, the iPhone SE (there’s no numerical designation) looks a lot like the old iPhone 5s family. When Apple launched the iPhone 5c, it designed the device to match the older iPhone 5’s performance, but with less-expensive materials and brightly-colored plastic housing. While the iPhone 5c sold reasonably well, Apple’s foray into cheaper iDevices didn’t yield huge dividends and the iPhone 5s remained the device of choice for many buyers. This time around, the iPhone SE is based on the same cutting-edge A9 SoC as the iPhone 6s/6s Plus, as well as the M9 co-processor. It may look like the older iPhone 5 family, but it retains the higher-end aluminum construction rather than opting for a plastic housing.

Apple’s performance claims for the iPhone SE aren’t very detailed, the company is promising 2x the performance of the iPhone 5s’ CPU and 3x its GPU performance. That’s a notable upgrade for this form factor, but whether or not the phone can sustain that performance is a very different question. All modern smartphones throttle under load, some more heavily than others, but a smaller form factor will give Apple less area to dissipate the SoC’s heat. There are multiple ways Apple could address this, from improved thermal design to lower top-end clock speeds; we’ll have to wait for a full review to know which solutions the company used.

The iPhone SE will use the same 1136×640 resolution as the iPhone 5 family, which will help keep GPU frame rates up even if the SoC’s clock is lower. LTE is improved (up to 150Mbps), the device will feature a 12MP camera, as well as Touch ID, Apple Pay, Live Photos, and 4K capture support. It’ll also be cheap, by Apple standards — the iPhone SE starts at $400 off-contract, $50 less than the iPhone 5s.

The only downside to the device is Apple’s continued use of a 16GB base storage tier. Apple continues to fleece customers for storage and has defended this policy by claiming that iCloud is a suitable alternative for price-conscious users. It’s wrong (and the cost difference between 16GB and 32GB of NAND flash is literally pennies on the dollar), and it’s become more than a nuisance — pushing users towards 4K video means video and images will chew through storage at a ferocious rate, and OS updates tend to need more free space than 16GB phones usually have available. Apple was never going to push out a budget device with more baseline storage than its high-end hardware, however, and the profit margins on its flash upgrades are a huge source of revenue for the Cupertino company. Apple might budge on the matter come the fall, but it wouldn’t be particularly surprising if the company didn’t.

I’m interested in the iPhone SE personally, but the storage issue is a significant problem. I’m not going to pay Apple an extra $100 for 64GB of storage when I know the actual price difference between 16GB and 64GB of NAND flash is a fraction of that price. I dislike the trend towards large devices, since I prefer a phone I can operate entirely one-handed, and while I don’t shoot tons of video or photos on my phone I take enough that I don’t really want a 4K default image if I can’t increase the storage pool at the same time.

On the other hand, the $400 entry price is fairly attractive if you want to stick in the iOS ecosystem. If device performance is as strong and consistent as Apple is implying, it might be worth the price for people who want smaller devices to start with. For more details on Apple’s announcements today, including the new iPad Pro, check our liveblog coverage. 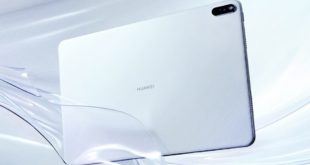 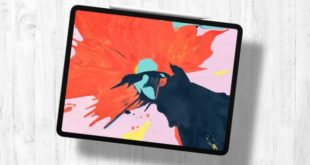 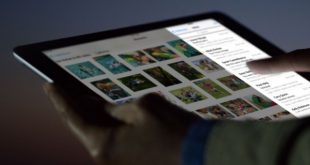 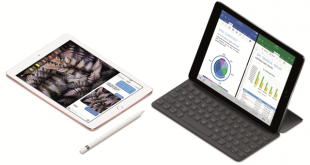 Could the 9.7-inch iPad Pro kickstart a tablet upgrade cycle?

Apple’s new 9.7-inch iPad Pro, introduced yesterday, is in some respects a smaller version of the 12.9-inch …