The Standard Model of particle physics has led scientists to many important discoveries, but this framework has strained under the weight of recent discoveries. It can’t explain the observed amount of dark matter in the universe, the Higgs mechanism, or gravity as described by general relativity. Now, scientists are puzzling over a phenomenon that seems to blow an even bigger hole in the Standard Model. Highly sensitive instruments in Antarctica have been detecting extremely energetic particles emerging from the icy surface, and the Standard Model says that shouldn’t happen.

It is notoriously difficult to detect neutrinos because they have extremely low mass and don’t interact with most known forces. Antarctica happens to be an ideal place to hunt for these particles, though. The Antarctic Impulsive Transient Antenna (ANITA) instrument floats above the continent on a balloon, scanning for radio pulses caused by the interaction of neutrinos with the ice sheet.

Three times since 2016, ANITA has spotted ultra-high-energy neutrinos emerging from the ice. Unlike regular neutrinos, these particles have large cross-sections that cause them to interact with ordinary matter. While almost all regular neutrinos will pass right through the Earth without a problem, that should almost never happen with ultra-high-energy neutrinos. Scientists liken it to winning the lottery, and it’s happened three times in three years. A new study claims these events fall outside the Standard Model.

The launch of the Antarctic Impulsive Transient Antenna (ANITA) experiment, which picked up signals of impossible-seeming particles as it dangled from its balloon over Antarctica. Credit: NASA

Scientists know how many ultra-high-energy neutrinos fill the sky because most of them come from cosmic rays interacting with the cosmic microwave background. So, there would have to be some other mechanism at work if there are so many of these particles hitting Earth that we can see them coming out the other side. The best explanation we have for this within the confines of the Standard Model involves “cosmic accelerators,” sometimes known as “neutrino guns.” An accelerator can be a blazar, a fast-spinning neutron star, or even merging galaxies. One or more neutrino guns “above” Earth firing downward could cause some ultra-high-energy neutrinos to emerge from Antarctica… maybe.

According to the new analysis, there aren’t any cosmic accelerators pointed at Earth to explain the particle detections. If the ultra-high-energy neutrinos were coming from such an object, there should also be a shower of lower-energy particles coinciding with each detection. Scientists used both ANITA and an underground neutrino observatory called IceCube to scan for these spikes, but there are none in more than seven years of data.

The team believes we don’t have the technological means to fully understand what’s happening with these mystery particles. A new generation of neutrino detectors may shed light on the phenomenon and also put the final nail in the Standard Model’s coffin. 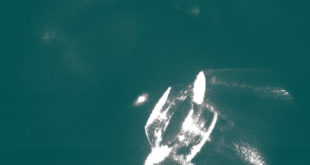 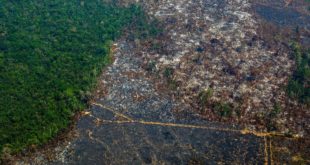 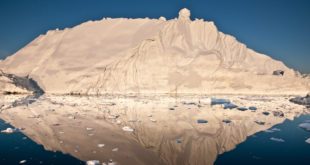 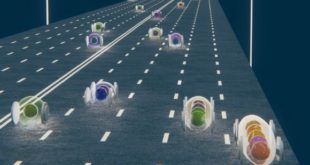 A team of U.S. physicists and materials scientists has observed a new state of matter …