A team of researchers led by Case Western Reserve University School of Medicine has discovered a conserved molecular pathway that controls lifespan and healthspan in mice and nematode worms Caenorhabditis elegans, a common model organism in biological research.

KLFs are a subfamily of zinc finger transcriptional regulators with highly characterized roles in proliferation, survival, metabolism, and response to stress. Hsieh et al demonstrate that KLFs are critical determinants of aging, influencing both lifespan and age-related deterioration, and are broadly required for lifespan extension in all four mechanistically distinct longevity models tested. Importantly, the team provides evidence that these effects are mediated by KLF regulation of autophagy (autophagy was assessed using a GFP::LGG-1 translational reporter; GFP-positive puncta [red arrow] were counted in 30-150 total hypodermal seam cells in 10–20 animals) and are conserved in a mammalian system via a functional ortholog, KLF4. Together, the findings provide a role for the KLFs as a transcriptional regulatory point in longevity. Image credit: Hsieh et al, doi: 10.1038/s41467-017-00899-5.

“We find that by artificially increasing or decreasing the levels of a family of proteins called Kruppel-like transcription factors (KLFs), we can actually get C. elegans to live for longer or shorter time periods,” said study first author Dr. Nelson Hsieh, from Case Western Reserve University School of Medicine.

“Since this same family of proteins also exists in mammals, what is really exciting is that our data suggests KLFs also have similar effects on aging in mammals, too.”

In the study, Dr. Hsieh and colleagues showed that C. elegans with excess levels of KLF proteins lived longer and healthier than normal worms.

In addition, mice with excess levels of these proteins demonstrated a delay in blood vessel dysfunction associated with aging.

“The observation that KLF levels decrease with age and that sustained levels of KLFs can prevent the age-associated loss of blood vessel function is intriguing given that vascular dysfunction contributes significantly to diverse age-associated conditions such as hypertension, heart disease, and dementia,” said senior author Professor Mukesh K. Jain, also from Case Western Reserve University School of Medicine.

Upon further investigation, the team discovered that KLF proteins work by controlling autophagy — a recycling process cells use to clear debris, like misfolded proteins or normal molecular byproducts that build up in old age. Loss of this quality control mechanism is a hallmark of aging.

“As cells age, their ability to perform these functions declines,” the researchers said.

“This likely leads to an unsustainable accumulation of toxic protein aggregates, which ultimately present an obstacle to cellular survival. Worms without KLF proteins cannot maintain autophagy and die early.”

“Our next step will be to study the precise mechanisms underlying how autophagy in cells lining blood vessels contributes to improved blood vessel function,” they said. “We will also seek strategies to target KLF proteins in humans.”

“As our population ages, we need to understand what happens to our heart and arteries, as we rely on them to function perfectly later and later on in our lives,” Dr. Hsieh said.

“Our findings illuminate what can happen during aging, and provide a foundation to designing interventions which slow these processes.”

The study is published in the journal Nature Communications. 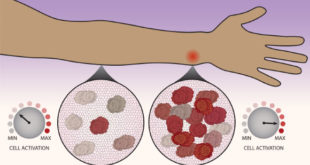 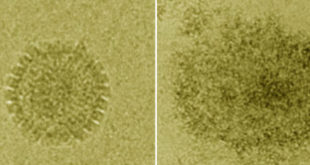 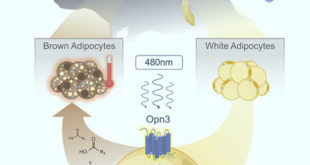