A team of biologists from Japan has discovered a new species of the genus Scolopendra living in the forests of the Ryukyu Archipelago and Taiwan.

Scolopendra is a genus of large tropical centipedes in the family Scolopendridae.

It includes around 100 species distributed worldwide, especially in tropical and subtropical territories, such as Southeast Asia, North Africa, the Mediterranean, and North or Central America.

All members of the genus are active predators, feeding primarily on insects and other invertebrates.

As is well known, they are poisonous, and their venom is highly toxic to vertebrates including humans, which can cause intense pain and edema.

Named Scolopendra alcyona, the newly-discovered species can be found in the forests of Taiwan and Japan’s Ryukyu Archipelago.

“It is also the first new centipede to be identified in Japan in 143 years,” said lead author Sho Tsukamoto of Tokyo Metropolitan University and colleagues.

“The fact that such a large invertebrate could go undiscovered until now is a reflection of the unexplored biodiversity of the Ryukyu Archipelago, and a strong case for its preservation.”

Scolopendra alcyona has a beautiful jade-colored shell, and measures 20 cm in length and 2 cm in width, making it largest centipede species in Japan and Taiwan.

It exhibits amphibious behavior, making it only the third amphibious Scolopendra species in the world.

“Scolopendra alcyona is most likely endangered, and currently inhabits forest streams where people do not go,” the scientists said.

“We hope to continue to monitor and study them from a safe distance to preserve their habitat.”

A paper describing Scolopendra alcyona was published in the April 12, 2021 edition of the journal Zootaxa. 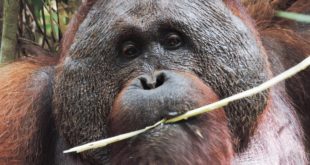 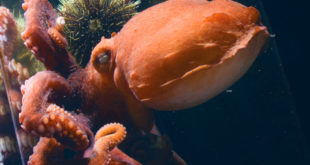 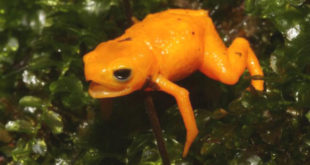 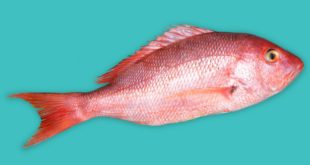