Inaccessible Island, the westernmost of three islands in the Tristan Archipelago, is located about 2,250 miles (3,600 km) east of Porto Alegre, Brazil, and about 1,750 miles (2,800 km) west of Cape Town, South Africa. Formed by a now-extinct volcano 3 to 6 million years ago, the island is the only place in the world where a rare species of flightless bird called the Inaccessible Island rail (Atlantisia rogersi) lives. According to new research, the ancestors of this species reached the island from South America about 1.5 million years ago, maybe by wings or riding on debris.

The Inaccessible Island rail is the world’s smallest extant flightless bird and the second smallest rail, measuring only 5-6 inches (13-15.5 cm) and weighing 34-49 g.

The species was first described in 1923 by British surgeon Percy Lowe, a bird-lover who then headed the ornithology collections at the British Museum.

Lowe placed the birds in the genus Atlantisia, a reference to mythical Atlantis, and named the species rogersi after the Rev. H.M.C. Rogers, a chaplain on nearby island Tristan da Cunha, who was the first to collect specimens.

He surmised that the birds walked to the island on a since-sunken land bridge from Africa or South America, but the later discovery of plate tectonics ruled out that idea.

“We found obviously that the birds did not walk by foot,” said lead author Dr. Martin Stervander, a postdoctoral researcher in the Institute of Ecology and Evolution at the University of Oregon.

“They flew or were assisted by floating debris. Whether they flew all the way or were swept off by a storm and then landed on debris, we can’t say. In any case, they managed to make it from the mainland of South America to Inaccessible Island.”

The split came 1.5 million years ago, with the rail colonizing Inaccessible Island in a single migration.

Their genetics also make them relatives of black rails (Laterallus jamaicensis) found in the Americas and likely the Galapagos crake (Laterallus spilonota), which also has a reduced flight ability.

“And it turns out that the Inaccessible Island rail needs a name change,” Dr. Stervander said.

The scientists recommend that the species be reclassified in the genus Laterallus as are the related species.

“We are sorry to be suggesting that we take away this beautiful name, Atlantisia, which is something we can all love, but we can now say that the closest relatives of this species are American birds that were given their name before the Inaccessible Island rail,” Dr. Stervander said.

“When the birds arrived at the island, they found three predator-free habitats — grasslands, tree fern bogs and woodland — and abundant food sources, including worms, moths, berries and seeds.”

“Soon after, the reclusive birds no longer needed strong wings for survival and evolved into a flightless species.”

“Our discovery focuses on the importance of continuing to prevent enemies of the Inaccessible Island rail from being introduced on the island. If that happens, it might disappear,” said Lund University’s Professor Bengt Hansson, co-author of the study.

The findings are published in the journal Molecular Phylogenetics and Evolution. 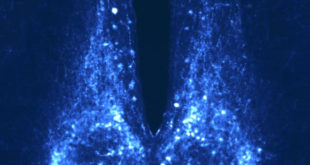 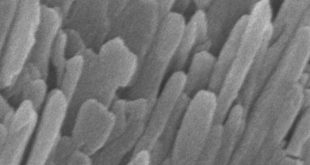 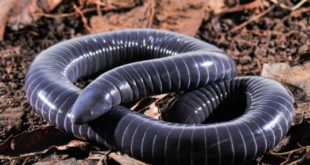 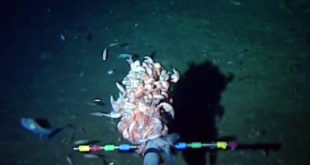