Hurricanes in the Earth’s low atmosphere are well known; however, disturbances resembling hurricanes had never before been detected in the upper atmosphere.

“Until now, it was uncertain that space plasma hurricanes even existed, so to prove this with such a striking observation is incredible,” said Professor Mike Lockwood, a space scientist in the Department of Meteorology at the University of Reading.

“Tropical storms are associated with huge amounts of energy, and these space hurricanes must be created by unusually large and rapid transfer of solar wind energy and charged particles into the Earth’s upper atmosphere.”

“Plasma and magnetic fields in the atmosphere of planets exist throughout the Universe, so the findings suggest space hurricanes should be a widespread phenomenon.”

They detected a 1,000-km- (621-mile) wide mass of plasma in the northern polar ionosphere and magnetosphere during low solar and otherwise low geomagnetic activity.

The hurricane was spinning in an anticlockwise direction, had multiple spiral arms, and lasted almost eight hours before gradually breaking down.

Space hurricane: (a) schematic of a space hurricane in the northern polar ionosphere; the magenta cyclone-shape auroral spot with brown thick arrows of circular ionospheric flows represents the space hurricane with a light green background showing the downward field-aligned currents (FACs); convection streamlines are in blue with green thick crossed bars that shows the projected magnetic reconnection sites at the dayside magnetopause around equatorward and tailward (lobe) boundary of the cusp; the vertical dark blue lines represent the Earth’s magnetic field lines with electron precipitations and FACs; the Sun is on the top representing the polar ionosphere is under sunlight conditions during the interval of interest; (b) schematic of the 3D magnetosphere when a space hurricane happened; different color shadings represent different regions of the magnetosphere; the shaded magenta funnel shows the space hurricane in the magnetosphere; red, black and blue curves with arrows are the interplanetary magnetic field lines, Earth’s magnetic field lines, and newly reconnected Earth’s magnetic field lines; the green thick bars represent the reconnection sites; the yellow curve with a satellite icon shows the satellite orbit; in this case, magnetopause reconnection can take place at the dayside magnetopause around equatorward and tailward (lobe) boundary of the cusp; due to a steady high-latitude lobe reconnection, a funnel (space hurricane) formed just poleward of the cusp region (b), and a large ionospheric convection lobe-cell with strong circular horizontal plasma flow inside the normal afternoon convection cell (a). Image credit: Zhang et al., doi: 10.1038/s41467-021-21459-y.

“These features indicate that the space hurricane leads to large and rapid deposition of energy and flux into the polar ionosphere during an otherwise extremely quiet geomagnetic condition, suggesting that current geomagnetic activity indicators do not properly represent the dramatic activity within space hurricanes, which are located further poleward than geomagnetic index observatories,” said Professor Qing-He Zhang, a researcher in the Shandong Provincial Key Laboratory of Optical Astronomy and Solar-Terrestrial Environment at the Shandong University’s Institute of Space Sciences.

“This study suggests that there are still existing local intense geomagnetic disturbance and energy depositions which are comparable to that during super storms,” he added.

“This will update our understanding of the solar wind-magnetosphere-ionosphere coupling process under extremely quiet geomagnetic conditions.”

The study was published in the journal Nature Communications. 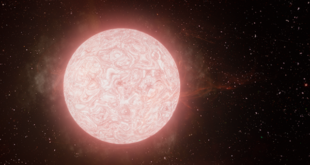 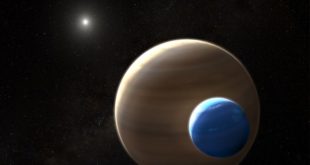 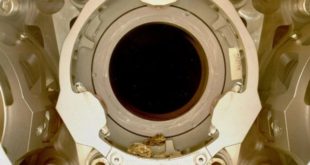