Scientists have been trying to produce metallic hydrogen for decades, but no one has managed to show incontrovertible evidence of success yet. A team of researchers at France’s Atomic Energy Commission is the latest to claim success via a paper posted to the online arXiv server. The scientists used a new type of high-pressure test chamber to squeeze hydrogen until it shifted into the fabled metallic hydrogen. If true, this could help advance planetary science and lead to new materials.

Hydrogen is the most common element in the universe — it fuels nuclear fusion in stars and floats through the cosmos in massive clouds. However, the behavior of hydrogen as gas and plasma are relatively well understood. Scientists have never been able to study metallic hydrogen up close because it’s been purely theoretical. Physicist Eugene Paul Wigner predicted metallic hydrogen’s existence more than 80 years ago, and scientists now believe it forms to cores of gas giants like Jupiter.

Metallic hydrogen is what it sounds like; a form of hydrogen that has the electronic and optical properties of a metal. The researchers point out that many elements can become metallic when subjected to enough pressure. For example, oxygen becomes a metal at around 100 Gpa. That’s a million times greater than Earth’s atmospheric pressure.

A Harvard team claimed to have created metallic hydrogen in 2017, but that sample later vanished without explanation. Paul Loubeyre, who led the new research, was openly skeptical of the 2017 announcement. His team at the Atomic Energy Commission reportedly used diamond anvil cells with a new toroidal design to place samples of hydrogen under higher pressure.

The team claims metallic hydrogen sits at the center of the sample.

The team first created solid molecular hydrogen by subjecting hydrogen gas to 310 Gpa of pressure. As the pressure crept higher, they bombarded the sample with infrared radiation from the SOLEIL synchrotron (a French particle accelerator). At 425 Gpa and 80 degrees above absolute zero, the properties of the sample shifted. It began absorbing all the infrared radiation, indicating the electrons could move freely through the now-metallic hydrogen.

These results haven’t been peer-reviewed yet, but the initial reaction to the paper is more positive than the 2017 announcement. It will take months for other researchers to examine the results and independently confirm the conclusions. If this really is metallic hydrogen, researchers could learn more about the inner workings of gas giants and maybe even produce new superconductive materials. 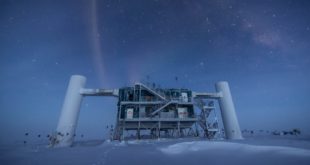 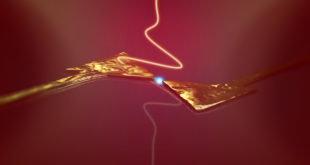 Scientists Use Light to Transport Electrons at Ultrafast Speeds 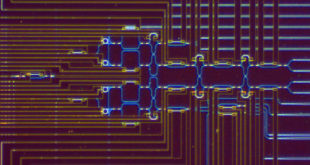 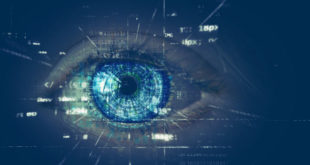 In a paper published in the journal Science Advances, we show that, in the micro-world …