A team of geobiologists from Germany has found biologically-relevant primordial organic molecules and gases in fluid inclusions trapped in 3.5-billion-year-old barites from the Dresser mine, Marble Bar, Australia.

Location of the Dresser mine in Western Australia (a) and black barite associated with originally sulfidic stromatolites at the sampling site (b) and in the working area (c). The close association between the inclusion-bearing black barites and stromatolites suggests that hydrothermal fluids might have influenced ancient microbial communities. Image credit: Mißbach et al., doi: 10.1038/s41467-021-21323-z.

“It is widely hypothesized that primeval life utilized small organic molecules as sources of carbon and energy,” said lead author Dr. Helge Mißbach from the University of Cologne and his colleagues.

“A potential source of these compounds includes recycled and redistributed organic matter from pre-existing biomass.”

“As yet, however, such primordial ingredients have not been found in rocks that directly testify to the emergence of life on our planet.”

“In the field, the barites are directly associated with fossilized microbial mats, and they smell like rotten eggs when freshly scratched,” they explained.

“While many compounds observed are consistent with an abiotic origin, the Dresser Formation also contains a variety of evidence for life. Thus, biology is another potential source for the observed compounds,” they said.

“In fact, organisms synthesize most lipids on modern Earth, and carbon-13 signatures of kerogen in the black barite are in good accordance with biological carbon fixation.”

“Furthermore, compounds such as H2S, COS, CS2, (methylsulfanyl)methane, (methyldisulfanyl)methane, and thiols are typically formed during microbial sulfur cycling in modern environments, and there is isotopic evidence for the presence of sulfur-processing metabolisms during Dresser times.”

“Taken together, it is likely that the barite-hosted fluid inclusions contain mixtures of various abiotic and biotic compounds.”

“In addition to potential nutrients and/or substrates, hydrothermal fluids captured in the Dresser fluid inclusions contain molecules closely related to putative key agents in the emergence of life,” they said.

“It has been proposed that carbon monoxide (CO) and methanethiol can react in the presence of catalytic metallic sulfides to methyl thioacetate.”

“This compound, also known as activated acetic acid, was proposed as being important for the formation of lipids under primordial conditions and as an energy source for early microbial metabolisms.”

The results reveal an intriguing diversity of organic molecules with known or inferred metabolic relevance and provide a strong clue as to how hydrothermal fluids sustained microbial life 3.5 billion years ago.

“The immediate connection between primordial molecules emerging from the subsurface and microbial organisms — 3.5 billion years ago — somehow surprised us,” Dr. Mißbach said.

“This finding contributes decisively to our understanding of the still unclear earliest evolutionary history of life on Earth.”

The study was published in the journal Nature Communications. 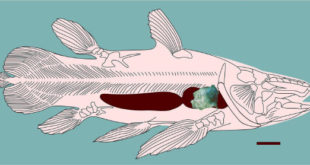 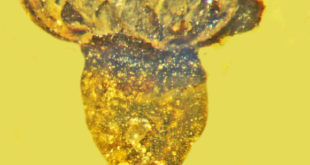 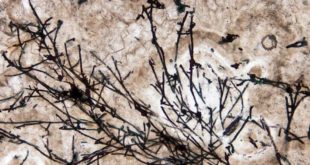 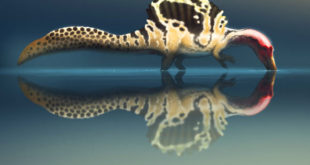 The giant dinosaur Spinosaurus acted like modern herons or storks, taking fish and other aquatic …