An international team of scientists sent high-frequency sound waves across a modified semiconductor device to direct the behavior of a single electron, with efficiency above 99%.

A quantum computer would be able to solve previously unsolvable computational problems by taking advantage of the strange behavior of particles at the subatomic scale, and quantum phenomena such as entanglement and superposition.

However, precisely controlling the behavior of quantum particles is a mammoth task.

“What would make a quantum computer so powerful is its ability to scale exponentially,” said Hugo Lepage, a PhD candidate in the Cavendish Laboratory at the University of Cambridge.

Some designs of quantum computers are based on superconducting loops, which are complex circuits and, like all quantum systems, are highly fragile.

“The smallest fluctuation or deviation will corrupt the quantum information contained in the phases and currents of the loops,” Lepage said.

“This is still very new technology and expansion beyond the intermediate scale may require us to go down to the single particle level.”

“Harnessing spin to power a functioning quantum computer is a more scalable approach than using superconductivity, and we believe that using spin could lead to a quantum computer which is far more robust, since spin interactions are set by the laws of nature,” Lepage said.

The device developed by the team is based on widely-used semiconductors with some minor modifications and measures just a few millionths of a meter long.

The researchers laid metallic gates over a semiconductor and applied a voltage, which generated a complex electric field.

They then directed high-frequency sound waves over the device, causing it to vibrate and distort, like a tiny earthquake.

Lepage and co-authors were able to control the behavior of a single electron with 99.5% efficiency.

“To control a single electron in this way is already difficult, but to get to a point where we can have a working quantum computer, we need to be able to control multiple electrons, which get exponentially more difficult as the qubits start to interact with each other,” he said.

The team’s work is published in the journal Nature Communications. 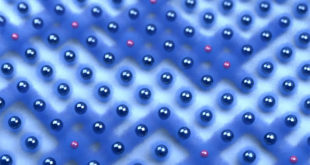 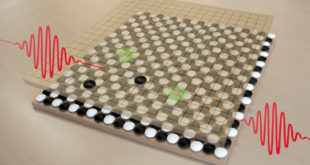 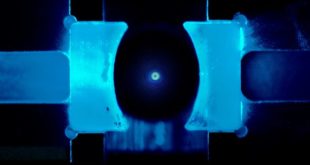 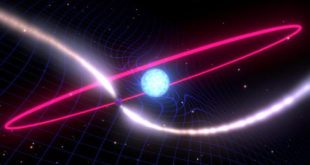