In a paper published this month in the journal Physical Review Letters, an international team of physicists described a new mechanism of dark matter production.

Baker et al. described a new mechanism of dark matter production: if dark matter particles acquire mass during a first order phase transition, it is energetically unfavorable for them to enter the expanding bubbles; instead, most of them are reflected and quickly annihilate away; the bubbles eventually merge as the phase transition completes and only the dark matter particles that have entered the bubbles survive to constitute the observed dark matter today; this mechanism can produce dark matter with masses from the TeV scale to above the PeV scale. Image credit: Jw210913.

Dark matter is the mysterious substance that makes up roughly a quarter of the Universe.

There is strong indirect evidence for its existence from measurements of cosmic primordial radiation, anomalies in the radial dependence of galactic rotational curves and gravitational lensing.

Despite its apparently pivotal role in the Universe the physical origin of dark matter remains unknown.

Theoretical physicists suspect that it is made of unseen particles that neither reflect nor absorb light, but are able to exert gravity.

Experiments around the world are attempting to detect and study such particles. The leading candidates include WIMPs (weakly interacting massive particles) and axions.

“We know dark matter is out there, but we don’t know much else,” said Dr. Michael Baker, a postdoctoral researcher in the School of Physics at the University of Melbourne.

“If it’s a new particle then there’s a good chance that we could actually detect it in a laboratory.”

“We could then pin down its properties, like its mass and interactions, and learn something new and deep about the Universe.”

In their paper, Dr. Baker and his colleagues, Rice University’s Dr. Andrew Long and Professor Joachim Kopp from CERN and the University of Mainz, described how expanding bubbles in the early Universe may be the key to understanding dark matter.

“Our proposed mechanism suggests that the dark matter abundance may have been determined in a cosmological phase transition,” Dr. Baker explained.

“These phase transitions are expected to have taken place in the early Universe and can be similar to bubbles of gas forming in boiling water.”

“We show that it is natural to expect dark matter particles to find it very difficult enter these bubbles, which gives a new explanation for the amount of dark matter observed in the Universe.”

The research points the way for new experimental strategies for searching for dark matter.

“One exciting aspect about the idea is that it works for dark matter particles that are much heavier than most other candidates, such as the famous WIMPs, on which most experimental searches in the past were focused,” Professor Kopp said.

“Our work, therefore, motivates the extension of dark matter searches towards heavier masses.”

Previous Near Earth Asteroid Bennu
Next Cat Geoglyph at Nazca 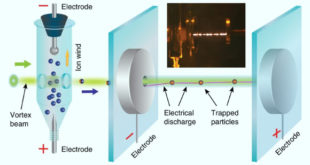 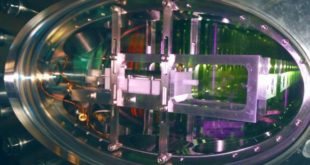 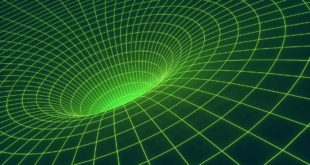 Time travel with free will is logically possible in our Universe without any paradox, according …