An international team of paleontologists from the United Kingdom and Germany has shown that blue feather melanosomes are highly distinct from melanosomes that are from feathers expressing black, reddish-brown, brown and iridescent.

This can be observed by studying the melanin packages called melanosomes, which are shaped like little cylindrical objects less than one-thousandth of a millimeter and vary in shape from sausage shapes to little meatballs.

However, besides iridescent colors, which is structural, birds also make non-iridescent structural colors. Those are, for example, blue color tones in parrots and kingfishers.

Until now, it was not known if such colors could be discovered in fossils.

Paleontologists have shown that the feather itself, which is made of keratin, does not fossilize while the melanin does.

Therefore, if a blue feather fossilized, the dark pigment may be the only surviving feature and the feather may be interpreted as black or brown.

By looking at plumage colorations of modern representatives of fossil specimen and reconstructing which color was the most likely present in the fossil specimen, the researchers were able to discriminate between melanosomes significant for gray and blue color, leading to the reconstruction of an ancient bird species called Eocoracias brachyptera as a predominantly blue bird.

“We have discovered that melanosomes in blue feathers have a distinct range in size from most of color categories and we can, therefore, constrain which fossils may have been blue originally,” Dr. Barbarovic said.

“The overlap with gray color may suggest some common mechanism in how melanosomes are involved in making gray coloration and how these structural blue colors are formed.”

The research was published in the Journal of the Royal Society Interface.

Previous The Cheapest Places To Fly To This Summer
Next DNA of Early Neanderthals Reveals 80,000 Years of Genetic Continuity in Europe 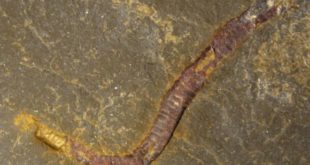 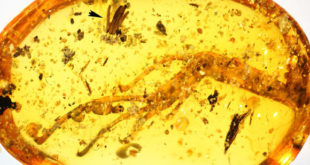 Canadian High Arctic Islands Were Once Home to Rich Forests 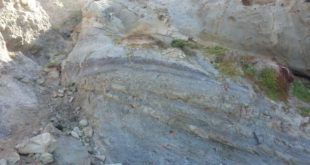