A new genus and species of an early ornithopod dinosaur has been identified from two nearly complete skeletons found in China’s Liaoning Province.

Scientifically named Changmiania liaoningensis, the new species is the earliest member of the group described so far.

“Although it superficially resembles Jeholosaurus, represented by numerous specimens in the same deposits, the observed differences suggest that Changmiania liaoningensis occupies a more basal phylogenetic position at the base of the clade Ornithopoda,” said Dr. Pascal Godefroit from the Royal Belgian Institute of Natural Sciences and his colleagues from Argentina and China.

The two nearly complete and articulated skeletons of Changmiania liaoningensis were found by local farmers in the Lujiatun Beds of the Yixian Formation close to Lujiatun Village in western Liaoning Province.

Both individuals were likely entrapped in a collapsed underground burrow while they were resting, which would explain their perfect lifelike postures and the complete absence of weathering and scavenging traces.

The paleontologists hypothesize that the dinosaurs were killed catastrophically by lahar (volcanic mudflow) from a nearby shield volcano.

“Such a perfect preservation of the skeleton in a lifelike posture, as observed in both the holotype and referred specimen of Changmiania liaoningensis and also in countless fossils from the Lujiatun Beds, implies that the animals were rapidly entombed while they were still alive,” they said.

The analysis of the specimens shows that Changmiania liaoningensis was an efficient cursorial (adapted to running) dinosaur and had adaptations to a fossorial (burrowing) behavior.

“Some extant fossorial vertebrates dig with their head to some degree, using the top of their broad, firm heads to move, loosen, or compact soil,” the researchers said.

“The fused premaxillae and the spatulate shape of the dorsal surface of the snout in Changmiania liaoningensis could represent such an implement.”

“Its postcranial skeleton shares a series of morphological characteristics with actual scratch-digging mammals, including a shortened neck (six cervical vertebrae), a radius that is significantly shorter (70%) than the humerus (upper arm bone), and short hands,” they added.

“The hip of Changmiania liaoningensis exhibits some features that might also tentatively be related to a digging behavior.”

“Actual mammals that dig with the forefeet usually brace with their hindfeet, often supplemented by the tail serving as a prop.”

“The leg of Changmiania liaoningensis is about twice as long as its hand and its tibia (calf bone) is significantly longer than its femur (thigh bone), as in most other small basal ornithopods except Koreanosaurus,” the authors said.

“Moreover, the hand and skull modifications remain rather modest, so that Changmiania liaoningensis was obviously not a true subterranean animal, but more likely a facultative digger.”

The discovery of Changmiania liaoningensis is described in a paper in the journal PeerJ. 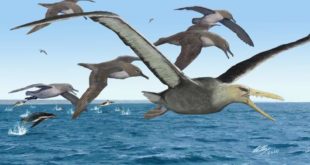 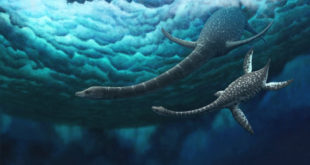 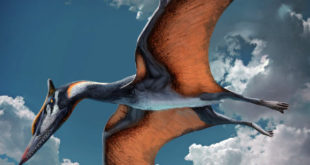