Nut Goodie Fudge is a recipe that stands the test of time. The kind that tried once, you just can’t help but make them again, over and over. One Christmas tradition for us has been this nut goodie fudge recipe. This homemade fudge is layered with chocolate, vanilla and peanuts, making it almost impossible to resist!

My mom started making it for our family when I growing up and it was always on my list of favorites during the holiday season. She adapted a maple nut goodie bar from an old Pillsbury cookbook to suit our tastes. While it was called a bar, this really is a fudge. Keep in mind that this recipe makes a huge pan and is great for gatherings or gift giving.   This would be a fabulous addition to your own holiday baking whether it be for Christmas, Valentine’s Day or Easter!

To make this delicious fudge you’ll need the following ingredients:

How to Make The Best Fudge Recipe

This homemade fudge recipe makes a huge pan of fudge, great for feeding a large crowd. Because it uses a small box of vanilla pudding, it isn’t an easy recipe to cut in half but possible. Each ounce of pudding mix is approximately 1/8 cup (2 tablespoons) so you could try to half the recipe by measuring out 3 tablespoons of pudding mix. Keep in mind, I have not tried this.

To make you’ll want to line a large baking pan with aluminum foil. Grease with butter. Melt chocolate and butterscotch chips with 1 cup of the butter in a large saucepan over low, stirring often to avoid burning. Remove saucepan from the heat and mix in peanut butter until well combined. Spread half of the mixture in pan and freeze until fully set.  Mix peanuts into the leftover melted chocolate and set it aside.

To make the vanilla layer you’ll want to melt remaining butter in large saucepan, again over low heat. Stirring constantly, slowly add in evaporating milk then pudding mix and stir constantly until slightly thickened. Be sure you don’t bring it to a boil!! Remove from heat and stir in powdered sugar until well combined.

Cool for 10 minutes before spreading over the chilled chocolate layer. Refrigerate 30 minutes.

Dop reserved chocolate mixture onto the chilled pudding layer and gently spread over the top to fully cover.  Chill again until firm, about three hours before cutting.

Nut Goodie Fudge is the best homemade fudge recipe! This adapted recipe has been a family tradition and is almost impossible to resist. Rich and delicious, this chocolate and vanilla layered fudge with peanuts is a must-try.

You can use margarine instead of butter.

Do not use instant pudding!!

While this homemade fudge recipe requires several steps, it is totally worth it! And since it makes a large amount, it is the only fudge recipe you’ll need for your holiday dessert tray! It definitely tastes best cold, right out of the refrigerator.

Hope you love this fudge recipe as much as we do! If you are looking for more special holiday candies, try these rum balls, chocolate peanut clusters or gingerbread truffles! 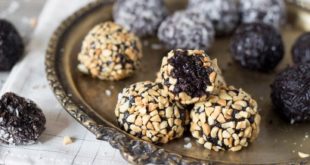 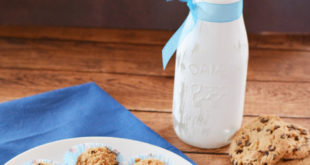 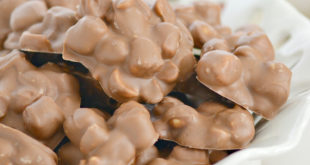 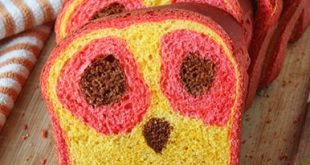