Even small changes in the direction of the magnetic field can switch the electrical properties of a paramagnetic rare-earth material — the holmium-doped langasite (HoxLa3-xGa5SiO14) — to a completely different state, according to new research published in the journal npj Quantum Materials.

Crystal structure and magnetism in rare-earth langasite: (a) the distorted Kagome lattice of the rare-earth ions in R3Ga5SiO14; about 1.5% of the rare-earth sites (orange) are occupied by the holmium ions; the unit cell is shown by thin solid lines; (b) experimental and theoretical magnetization curves of HoxLa3−xGa5SiO14 (x = 0.043) in external magnetic fields parallel to three crystallographic axes and at T = 5 K. Symbols – experiment, solid lines – model accounting for a ground Ho3+ quasidoublet and a Van-Vleck contribution of excited crystal-field states. The inset shows the local magnetic moments of Ho-ions in the saturation regime. Image credit: Weymann et al, doi: 10.1038/s41535-020-00263-9.

“Whether the electrical and magnetic properties of a crystal are coupled or not depends on the crystal’s internal symmetry,” said co-lead author Professor Andrei Pimenov, a researcher in the Institute of Solid State Physics at TU Wien.

“If the crystal has a high degree of symmetry, for example, if one side of the crystal is exactly the mirror image of the other side, then for theoretical reasons there can be no magnetoelectric effect.”

“The crystal structure of the holmium-doped langasite is so symmetrical that it should actually not allow any magnetoelectric effect,” he added.

“And in the case of weak magnetic fields there is indeed no coupling whatsoever with the electrical properties of the crystal.”

“But if we increase the strength of the magnetic field, something remarkable happens: the holmium atoms change their quantum state and gain a magnetic moment. This breaks the internal symmetry of the crystal.”

From a purely geometrical point of view, the crystal is still symmetrical, but the magnetism of the atoms has to be taken into account as well, and this is what breaks the symmetry. Therefore the electrical polarization of the crystal can be changed with a magnetic field.

“Polarization is when the positive and negative charges in the crystal are displaced a little bit, with respect to each other,” Professor Pimenov said.

“This would be easy to achieve with an electric field — but due to the magnetoelectric effect, this is also possible using a magnetic field.”

The stronger the magnetic field, the stronger its effect on electrical polarization.

“The relationship between polarization and magnetic field strength is approximately linear, which is nothing unusual,” the physicist said.

“What is remarkable, however, is that the relationship between polarization and the direction of the magnetic field is strongly non-linear.”

“If you change the direction of the magnetic field a little bit, the polarization can completely tip over.”

“This is a new form of the magnetoelectric effect, which was not known before.”

So a small rotation may decide whether the magnetic field can change the electrical polarization of the crystal or not.

“In a next step, we will try to change magnetic properties with an electric field instead of changing electrical properties with a magnetic field. In principle, this should be possible in exactly the same way.”

“If this succeeds, it would be a promising new way to store data in solids. In magnetic memories such as computer hard disks, magnetic fields are needed today.”

“They are generated with magnetic coils, which requires a relatively large amount of energy and time.”

“If there were a direct way to switch the magnetic properties of a solid-state memory with an electric field, this would be a breakthrough.”

This article is based on text provided by the TU Wien. 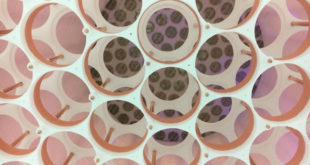 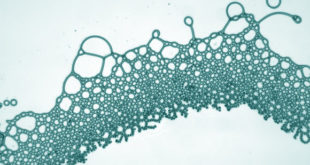 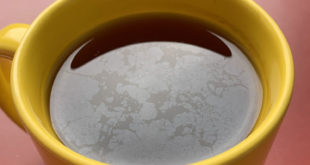 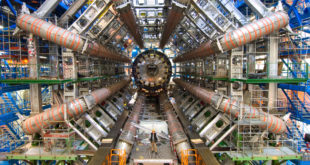