A new genus and species of horned (ceratopsid) dinosaur has been identified from an incomplete skeleton found in New Mexico, the United States.

The newly-identified dinosaur species belongs to Centrosaurinae, a group of ceratopsid dinosaurs known primarily from the northern region of the ancient continent Laramidia.

It lived some 82 million years ago (Cretaceous period), making it one of the, if not the, oldest members of the group.

“Ceratopsids are better known from various localities in western North America during the Late Cretaceous near the end of the time of dinosaurs,” said Dr. Steven Jasinski, a paleontologist in the Section of Paleontology and Geology at the State Museum of Pennsylvania.

“But we have less information about the group, and their fossils are rarer, when you go back before about 79 million years ago.”

A partial skeleton of Menefeeceratops sealeyi, including parts of the skull and lower jaws, forearm, hindlimbs, pelvis, vertebrae, and rib, was discovered in 1996 in the Cretaceous rocks of the Menefee Formation in northwestern New Mexico.

“Some of the key features that distinguish Menefeeceratops sealeyi from other horned dinosaurs involve the bone that make up the sides of the dinosaur’s frill, known as the squamosal,” the paleontologists said.

“While less ornate than those of some other ceratopsids, Menefeeceratops sealeyi’s squamosal has a distinct pattern of concave and convex parts.”

“The fossils also show evidence of a potential pathology, resulting from a minor injury or disease, on at least one of the vertebrae near the base of its spinal column.”

The new dinosaur was part of an ancient ecosystem with numerous other dinosaur species, including hadrosaurids, dromaeosaurids, the recently-discovered ankylosaur Invictarx zephyri, and the tyrannosaurid dinosaur Dynamoterror dynastes.

“Menefeeceratops sealeyi provides new information about the diversity of morphologies throughout different species and the temporal and paleobiogeographic distribution of these animals throughout Laramidia during the Late Cretaceous,” Dr. Jasinski and colleagues said.

“Its presence as one of the, if not the, oldest members of Centrosaurinae also suggests centrosaurines originated in the southern portions of western North America and the southern Rocky Mountain region, and subsequently radiated north during the Upper Middle to Late Campanian.”

The team’s paper was published in the journal PalZ. 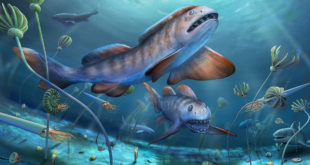 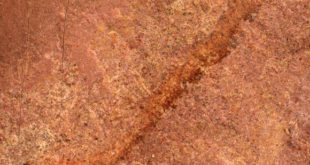 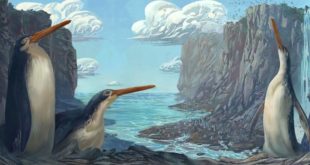 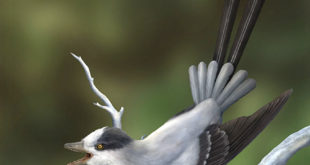