A new genus and species of medium-sized abelisaurid dinosaur has been unearthed in northern Patagonia, Argentina.

The ancient predator belongs to Abelisauridae, a family of ceratosaurian theropod dinosaurs known exclusively from the ancient supercontinent Gondwana.

Abelisaurids first appeared during the middle Jurassic period and survived until the end of the Mesozoic era.

“Niebla antique is relatively small, much smaller than other abelisaurids such as Carnotaurus and Abelisaurus,” said Mauro Aranciaga Rolando from the Consejo Nacional de Investigaciones Científicas y Técnicas (CONICET) and colleagues.

The fossilized remains of Niebla antique were found at the Arriagada Farm near the Matadero Hill, about 70 km south from General Roca city in Río Negro province.

“The type specimen of Niebla antiqua comes from the top of the Allen Formation, Late Cretaceous of the Neuquén Group,” the paleontologists said.

“It is represented by two incomplete dorsal centra, weathered dorsal ribs, a scapulocoracoid and fragmentary skull bones including a nearly complete braincase and the tip of the right dentary.”

The analysis of the fossils revealed that Niebla antique had a highly derived braincase and pectoral (shoulder) girdle.

“The count of the lines of arrested growth suggests a minimum age of 9 years increases the histological evidence for these theropods.”

“The presence of a small to middle-medium sized abelisaurid in the Upper Cretaceous shows that there is a higher diversity of derived abelisaurids in Patagonia that previously thought,” they concluded.

The discovery is reported in a paper in the Journal of South American Earth Sciences. 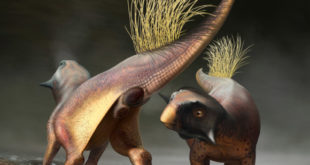 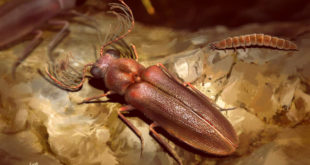 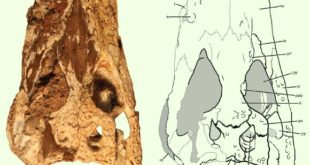 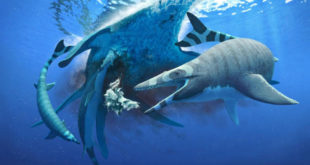