An international team of ornithologists has discovered a new species of the honeyeater genus Myzomela in the highlands of the Lesser Sunda island of Alor, southeast Indonesia.

Myzomela is the largest genus in the honeyeater family Meliphagidae.

Members of this genus are colorful, nectar-eating birds. They are an important component of island ecosystems and often make up some of the most abundant canopy birds across eastern Indonesia.

Named the Alor myzomela (Myzomela prawiradilagae), the newfound species is the only representative of the genus on Alor Island.

The bird was discovered by National University of Singapore ornithologist Frank Rheindt and his colleagues from Indonesia, Australia, Belgium, and Singapore.

“One of the first leading female Indonesian ornithologists, ‘Ibu Dewi’ is the head of the bird division at the Museum Zoologicum Bogoriense, Research Center for Biology, Indonesian Institute of Science.”

The Alor myzomela prefers montane eucalypt woodland and is currently known from few sites across the island.

“The species mainly forages above 1,000 m, but was observed feeding at flowers of Eucalyptus alba at 900 m on the slopes of Mt. Koya Koya in far eastern Alor and at 900 m in the Manmas area,” the scientists said.

“A total of 20 individuals were observed at Manmas-Subo at 1,000-1,270 m as singles, pairs and small groups in Eucalyptus oropsylla woodland, and inside the village.”

“Up to three birds were heard, recorded and photographed while feeding in the sub canopy (4-12 m above ground) of Eucalyptus oropsylla trees, Acacia sp. and Casuarina junghuhniana in and around Manmas village.”

“They fed at flowers, fruits, around leaves and under and around the bark, gleaning and picking insects and taking nectar. They were also observed feeding low at about 1 m in a fruiting montane shrub Photinia integrifolia together with ashy-bellied white-eyes (Zosterops citrinellus).”

Based on the species’ occurrence records and human population trends in the highlands of Alor, the team recommends classification under the IUCN threat status ‘Endangered.’

“We propose the IUCN status ‘Endangered’ for Myzomela prawiradilagae on the basis of criteria B1 and B2 (i.e., extent of occurrence estimated to be less than 5,000 km2 and area of occupancy estimated to be less than 500 km2), in combination with our observations that the range of this new species is severely fragmented, is currently known to exist at no more than five localities, and we infer a continuing decline in its area of occupancy given the increase of habitat degradation in Alor’s highland areas due to a burgeoning human population,” the ornithologists said.

“The discovery of a new bird species on Alor is of great biogeographic importance and elevates this island to the status of an Endemic Bird Area,” they concluded.

The discovery is reported in a paper in the Journal of Ornithology. 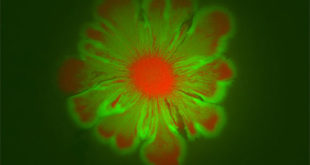 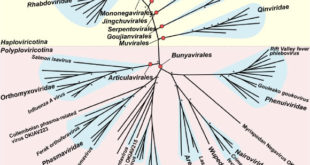 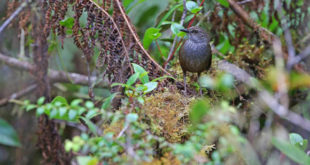 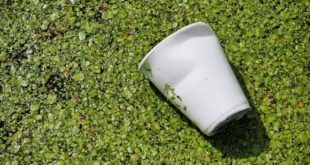 Common mealworms, the larvae of the darkling beetle (Tenebrio molitor), can consume toxic additives in …