We’d be out of luck if a killer asteroid had Earth in its crosshairs today, but NASA and the ESA are preparing for the first test of technology that could one day save the planet. The Double Asteroid Redirection Test (DART) mission is set to launch in a few years, and now its target has a proper name. The small moonlet that was once known as Didymos B is now Dimorphos.

Astronomers discovered Didymos in 1996 not knowing that it would end up being the perfect target to test NASA’s asteroid redirect technology. Didymos passed close to Earth in 2003, revealing the existence of a small natural satellite in orbit. Didymos itself is less than a kilometer across, but its satellite is only about 160 meters in diameter. After discovering the moonlet, astronomers renamed the object Didymos, which is Greek for twin. The moon ended up stuck with the awkward “Didymos B” moniker.

DART is a kinetic impactor mission — it’s going to crash into Didymos B at high speed. This is an ideal way to test the effect of an impact because we can observe changes in its orbit around Didymos. That makes the asteroidal moon an important object, and it wouldn’t do to keep calling it Didymos B. The International Astronomical Union (IAU) eventually went with a suggestion from Kleomenis Tsiganis, a planetary scientist at the Aristotle University of Thessaloniki and a member of the DART team. The name “Dimorphos” means “two forms” in Greek, which reflects NASA’s impact to significantly change the object’s orbit.

In 2022, the DART spacecraft will head off to the Didymos-Dimorphos system. The spacecraft will have a mass of roughly 500 kilograms (1,100 pounds in Earth gravity) and almost no scientific payload. The sun sensor, star tracker, and 20cm aperture camera will help the spacecraft locate and smack into Dimorphos at 3.7 miles per second (6 kilometers per second). The Italian Space Agency will send a cubesat along with DART, but it’ll detach before impact. This will allow scientists to monitor the immediate aftermath, but we won’t have the full picture until the ESA sends its Hera mission to Didymos in 2024. Hera will be able to accurately measure the change in Dimorphos’ orbit around Didymos.

Analysis of the DART impact could tell us if brute force is likely to deflect a dangerous space rock, and if so, how much warning we would need to knock it off course. We might also learn this isn’t an effective way to protect Earth, and other proposals like slowly pushing the asteroid with a rocket or tying it to a smaller rock are better ideas. 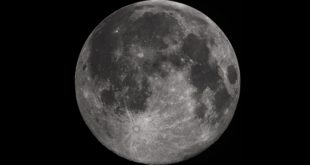 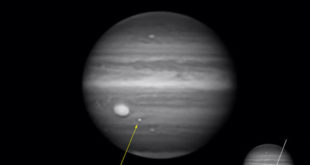 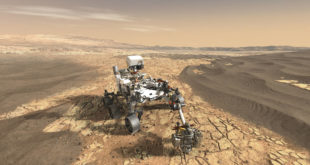