NASA’s Europa Clipper mission is moving toward completion of its final design, followed by the construction and testing of the solar-powered spacecraft and science payload.

A 2016 artist’s concept of the Europa Clipper spacecraft. The design is changing as the spacecraft is developed. Image credit: NASA / JPL-Caltech.

“We are all excited about the decision that moves the Europa Clipper mission one key step closer to unlocking the mysteries of this ocean world,” said Thomas Zurbuchen, associate administrator for the Science Mission Directorate at NASA Headquarters in Washington.

“We are building upon the scientific insights received from the flagship Galileo and Cassini spacecraft and working to advance our understanding of our cosmic origin, and even life elsewhere.”

Europa Clipper will conduct detailed reconnaissance of Jupiter’s moon Europa to see whether the icy moon could harbor conditions suitable for life, honing our insights into astrobiology.

The solar-powered spacecraft would orbit the giant planet about every two weeks, providing many opportunities for close flybys of the icy moon.

In total, the orbiter would perform 45 flybys at altitudes ranging from 16 miles to 1,700 miles (25 km to 2,700 km), imaging the Europa’s icy surface at high resolution and investigating its composition and the structure of its interior and icy shell.

Beneath its icy surface, Europa is believed to conceal a global ocean of salty liquid up to twice the volume of Earth’s oceans. Image credit: NASA.

Europa Clipper’s payload of science instruments will include cameras, spectrometers, an ice penetrating radar, a magnetometer, thermal and other instruments.

The ice-penetrating radar will determine the thickness of Europa’s icy shell and search for subsurface lakes similar to those beneath Antarctica.

The magnetometer will measure strength and direction of the moon’s magnetic field, which will allow scientists to determine the depth and salinity of its ocean.

The thermal instrument will scour Europa’s frozen surface in search of recent eruptions of warmer water, while additional instruments will search for evidence of water and tiny particles in the moon’s thin atmosphere.

To develop the Europa Clipper mission in the most cost-effective fashion, NASA is targeting to have the spacecraft complete and ready for launch as early as 2023.

The agency baseline commitment, however, supports a launch readiness date by 2025. 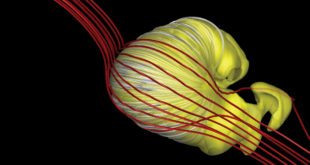 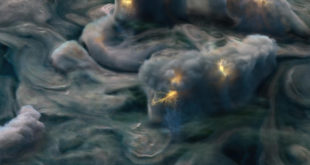 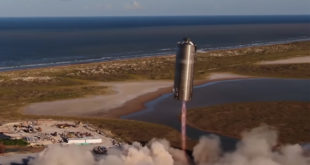 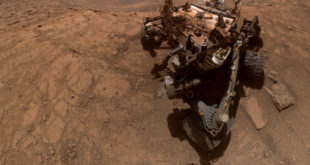