When Microsoft first dove into the portable computer market with the Surface Pro, the company claimed it was all in the service of showing OEMs what they could create within the Windows ecosphere. But with each new generation of Surface products, it’s increasingly clear Microsoft simply wants a piece of the Windows hardware business for itself and is happy to go toe-to-toe with its own customers to get it. The Surface Laptop 3 is another step in that direction. All indications are that it’s a competent ultra-light laptop designed to compete with other premium offerings.

For the first time, the Surface Laptop

offers both a 13.5-inch and a 15-inch version, as Microsoft is clearly hoping to take a chunk out of Apple’s market share among content creators who need the larger display size. Speaking of content creators, Microsoft’s Panos Panay touted the custom-designed AMD GPU sported by the 15-inch model as “the fastest processor for any laptop in its class today.” That probably depends on how you define its class, as it is unlikely that it will outperform the high-end Nvidia GeForce and Quadro GPUs found in competitive 15-inch laptops. However, most of them weigh in at something more than the sub-4 pounds of the 15-inch Surface Laptop 3.

Both models of the Laptop 3 have high-end, pen-enabled touch screens. They are also 3:2 aspect ratio, which is more conducive to office work than the 16:9 multimedia-friendly ratio favored by many other lightweight laptops. The 13.5-inch display has a 2256 x 1504 pixel resolution, while the 15-inch model is 2496 x 1664 pixels. The smaller model comes with either a quad-core 10th generation Intel Core i5 or i7 processor, while the larger model features an AMD Ryzen 5 or 7 mobile processor with Vega 9 or 11 Microsoft Surface Edition Vega graphics.

All of the models have one USB-C and one USB-A port, along with a headphone jack and a Surface Connect port, and are compatible with Microsoft’s Surface Dial. The front-facing camera is 720p capable and supports Windows Hello, and the systems are equipped with dual far-field studio microphones for improved video calls.

You can get a Microsoft Surface Laptop 3 for as little as $1,000 starting on October 22 with an Intel Core i5, 8GB of RAM, and 128GB SSD. But bumping the SSD to 256GB will cost you a surprising $300, and moving to 16GB of RAM adds another $300. Personally, the extremely high margins on upgrades like this bug me, and are a good reason I like to consider purchasing lower-end configurations and upgrading myself where that is possible.

The least-expensive 15-inch model is $1,200, but a fully configured 15-inch version with an AMD Ryzen 7 3780U, 32GB of RAM, and a 1TB SSD prices out at $2,800. That is about the same price as a similarly-configured Dell XPS 15 or Precision 5540 that feature a high-end Nvidia mobile GPU, so the Laptop 3 is competing in rarefied air at that price point. The Surface is quite a bit lighter, though, which is a nice plus. However, given that even the XPS 15 and the Precision 5540 throttle due to heat under prolonged heavy loads, it’ll be interesting to see how much work the Laptop 3 can crank through. 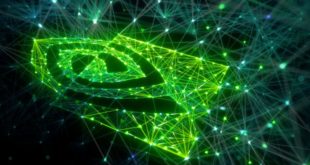 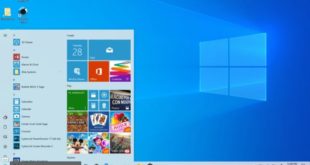