Paleontologists in China have uncovered a nearly complete, fully articulated skeleton of Microraptor zhaoianus, a pigeon-sized, four-winged dinosaur that lived about 120 million years ago, and found an additional surprise preserved in its stomach: a previously unknown species of prehistoric lizard.

The unique Microraptor specimen was collected in deposits of the Jiufotang Formation near Jianchang in Liaoning Province, northeastern China, and was acquired by paleontologists in 2005.

Both the dinosaur and the lizard were part of the so-called Jehol Biota, an early Cretaceous terrestrial and freshwater ecosystem preserved in a multi-layered rock formation cropping out in the Chinese provinces of Liaoning, Hebei and Inner Mongolia and famous for exceptionally preserved remnants of early birds, feathered dinosaurs, primitive mammals and ancient plants.

“This is the fourth documented occurrence of a Microraptor preserving stomach contents,” said Professor Jingmai O’Connor from the Institute of Vertebrate Paleontology and Paleoanthropology at the Chinese Academy of Sciences and colleagues.

“This dinosaur is now known to have fed on mammals, birds, fish, and lizards, supporting the interpretation that it was an opportunistic predator.”

Named Indrasaurus wangi, the lizard had teeth unlike any other previously known from the Jehol Biota.

The creature’s skeleton is nearly complete and articulated, showing that it was swallowed whole and head first, meaning that Microraptor fed in a manner similar to living carnivorous birds and lizards.

“Recently, one specimen of the Jurassic four-winged bird-like dinosaur Anchiornis was described with bones belonging to more than one unidentified lizard preserved in the esophagus, interpreted as a gastric pellet prior to egestion,” the paleontologists said.

“Our data indicate that both Anchiornis and Microraptor had similar, unspecialized diets consistent with their overall similar skull architecture and skeletal proportions: both species are documented feeding on lizards and fish and are considered opportunistic predators.”

The discovery is described in a paper in the journal Current Biology.

Previous Yes, Google Listens to Some of Your Assistant Recordings. That’s Not Surprising.
Next Parental Environment May Have Impact on Future Generations, Says Study 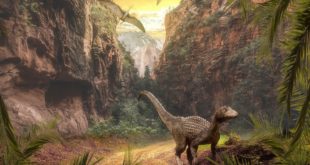 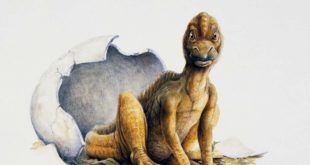 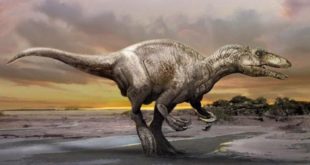 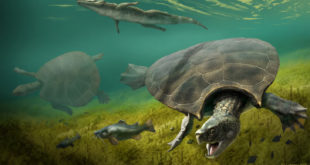