According to new research, published in the journal Geology, processes not involved in controlling sand movement on Earth play major roles on the Red Planet, especially large-scale features on the landscape and differences in landform surface temperature.

Two sizes of ripples are evident in this December 13, 2015, view of a top of a Martian sand dune, from Curiosity. Sand dunes and the smaller type of ripples also exist on Earth. The larger ripples — roughly 10 feet (3 m) apart — are a type not seen on our planet nor previously recognized as a distinct type on Mars. Scale bar – 2 m (79 inches). Image credit: NASA / JPL-Caltech / MSSS.

Compared to Earth’s atmosphere, the Martian atmosphere is so thin its average pressure on the surface is a mere 0.6% of our planet’s air pressure at sea level. Consequently, sediments on the Martian surface move more slowly than their Earthly counterparts.

The Martian dunes observed in this study ranged from 6 to 400 feet (1.8-122 m) tall and were found to creep along at a fairly uniform average speed of two feet (0.6 m) per Earth year.

For comparison, some of the faster terrestrial sand dunes on Earth, such as those in North Africa, migrate at 100 feet (30.5 m) per year.

“On Mars, there simply is not enough wind energy to move a substantial amount of material around on the surface,” said lead author Dr. Matthew Chojnacki, a researcher in the Lunar and Planetary Lab at the University of Arizona.

“It might take two years on Mars to see the same movement you’d typically see in a season on Earth.”

Planetary geologists had been debating whether the Martian sand dunes were relics from a distant past, when the atmosphere was much thicker, or whether drifting sands still reshape the planet’s face today, and if so, to what degree.

“We wanted to know: is the movement of sand uniform across the planet, or is it enhanced in some regions over others? We measured the rate and volume at which dunes are moving on Mars,” Dr. Chojnacki said.

The retreat of the Martian polar cap of frozen carbon dioxide during the spring and summer generates winds that drive the largest movements of sand dunes observed on Mars. Image credit: NASA / JPL / University of Arizona / USGS.

Across the planet, they found active, wind-shaped beds of sand and dust in structural fossae — craters, canyons, rifts and cracks — as well as volcanic remnants, polar basins and plains surrounding craters.

They discovered that the largest movements of sand in terms of volume and speed are restricted to three distinct regions:

(i) Syrtis Major, a dark spot larger than Arizona that sits directly west of the vast Isidis basin;

(ii) Hellespontus Montes, a mountain range about two-thirds the length of the Cascades;

(iii) and North Polar Erg, a sea of sand lapping around the north polar ice cap.

All three areas are set apart from other parts of Mars by conditions not known to affect terrestrial dunes: stark transitions in topography and surface temperatures.

“Those are not factors you would find in terrestrial geology. On Earth, the factors at work are different from Mars. For example, ground water near the surface or plants growing in the area retard dune sand movement,” Dr. Chojnacki said.

On a smaller scale, basins filled with bright dust were found to have higher rates of sand movement, as well.

“A bright basin reflects the sunlight and heats up the air above much more quickly than the surrounding areas, where the ground is dark, so the air will move up the basin toward the basin rim, driving the wind, and with it, the sand,” Dr. Chojnacki said. 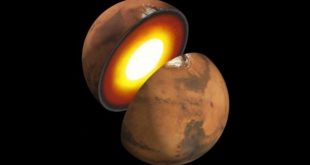 Inside the Red Planet 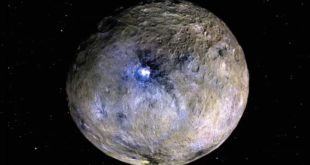 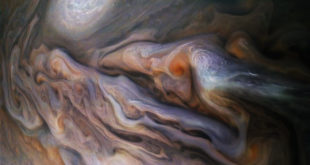 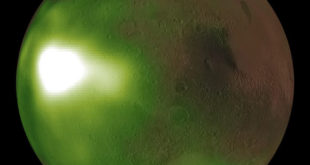